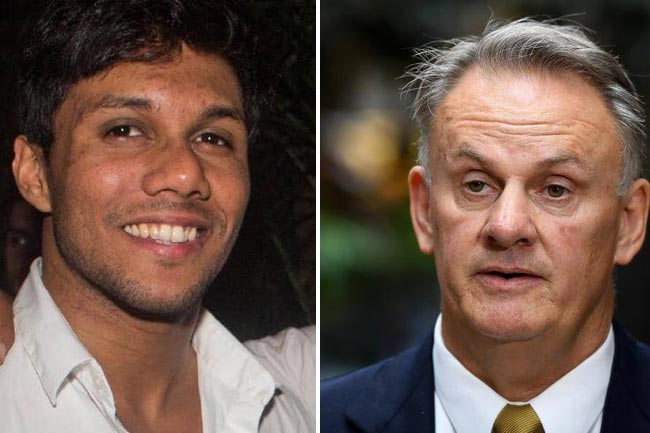 Australian politician Mark Latham has settled a defamation suit with a Sri Lankan student studying at the University of NSW, Australia, whom he accused of “plotting to kill senior federal MPs”.

PhD student Mohamed Nizamdeen, 26, was suing Latham in the Federal Court over multiple tweets from the former Labor leader in August last year that he alleged were defamatory.

Nizamdeen had been charged with terrorism offenses following the discovery of a notebook containing potential plans to attack Sydney landmarks and plots to kill former Prime Minister Malcolm Turnbull and his former deputy Julie Bishop.

But the accusations were later dropped and Nizamdeen was cleared of any wrongdoing, with police instead charging Arsalan Khawaja, the brother of Australian cricket star Usman Khawaja, over the plot which turned out to be fake.

One of Latham’s tweets accused Nizamdeen of “plotting to kill senior federal MPs and blow up Sydney Opera House and police/train stations”, while another urged people to “try avoiding” the student “and his mates”. Two of the tweets remained online months after Nizamdeen was cleared by police.

A court hearing was due to begin this week but Latham and Nizamdeen signed off on a confidential settlement, Nizamdeen’s lawyer said on Wednesday.

While the amount is secret, industry experts say the damages and court costs would amount to more than $100,000.

Nizamdeen left for Sri Lanka after he was cleared, his lawyer Moustafa Kheir of Birchgrove Legal said in a statement on Wednesday.

“We are pleased to announce that the claim against Mr Latham has now settled,” he said.

In April Latham asserted through his lawyer that the accusations were his “honest opinion” and caused little harm. However the next day he tweeted his apology over the comments.

“On 31 August 2018 I published a tweet about Mohamed Kamer Nilar Nizamdeen. My tweet made serious allegations against Mr Nizamdeen,” Latham said.

“I unreservedly apologise to Mr Nizamdeen and retract the allegations made about him in my tweet.”

The Sydney Morning Herald contacted Latham’s office for a response to this story. A spokeswoman said he was unable to comment due to the settlement being confidential.