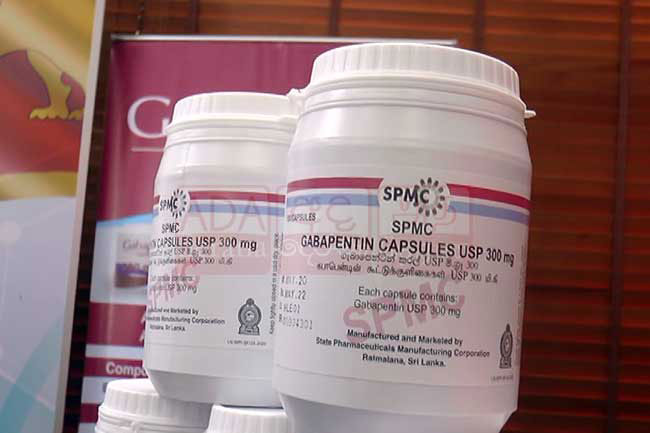 The first medicine manufactured under the new program by the State Ministry of Pharmaceutical Production, Supply, and Regulation to produce the country’s own medicine, was issued at the State Pharmaceuticals Manufacturing Corporation (SPMC) in Ratmalana today (16).

A drug named ‘Gabapentin’ used for neurological diseases has been developed in this manner.

Reportedly, this particular drug has been imported from overseas until now and an annual sum of Rs 65 million – Rs 50 million by private sector and Rs 15 million by the state sector – has been spent to import it.

With SPMC producing the drug within the country, it is expected that there will be no need to import it in future and the requirement of the country will be met by SPMC.

The issuance of the drug to the market was done under the patronage of State Minister Prof. Channa Jayasumana and Chairman of the Government Medical Officers’ Association (GMOA) Dr. Anuruddha Padeniya.