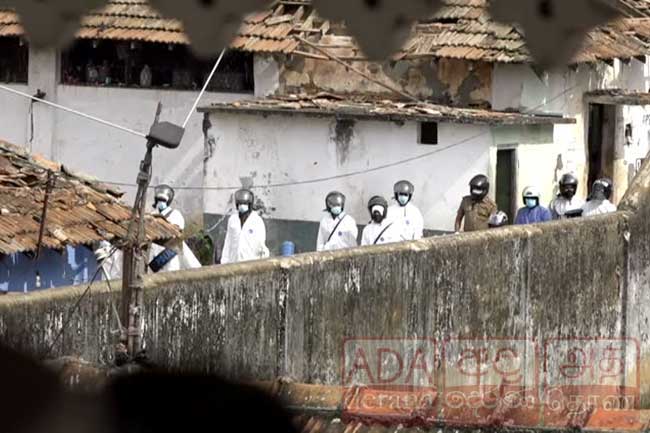 The investigative committee appointed to look into the Mahara Prison riot is scheduled to handover its interim report to Justice Minister Ali Sabry on Monday.

The committee appointed by the Justice Minister had visited the Mahara Prison premises for the first time yesterday to record evidence and statements from inmates.

The committee is expected to visit the prison today as well in order to record statements from prison officers and convicted inmates.

Accordingly the interim report of the committee is expected to be handed over to the minister on Monday (07), a spokesman said.

The committee has been tasked with preparing a report on the facts underlying the incident, the parties responsible, actions to be taken and recommendations to be taken to prevent such incidents.