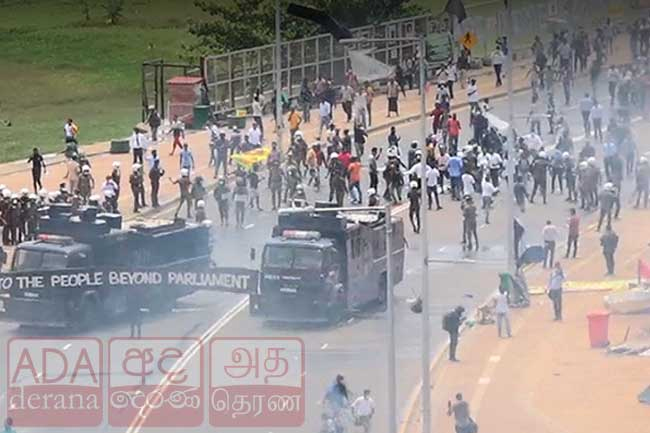 Two including ex-provincial councillor arrested over attack on protest sites

The Criminal Investigation Department (CID) has arrested two more suspects in connection with the attacks on the two main anti-government protest sites at the Galle Face Green and outside the Temple Trees on the 9th of May.

Former Provincial Council member Amal Silva and an employee of the Moratuwa Municipal Council have accordingly been taken into custody over the unrest.

Meanwhile, on Sunday (May 15), the CID arrested another suspect with regard to the brazen attack on the anti-government protesters camped outside the Temple Trees.

The suspect, aged 49 was apprehended in the area of Moratuwella in Moratuwa. He was identified as an employee of the Moratuwa Municipal Council.