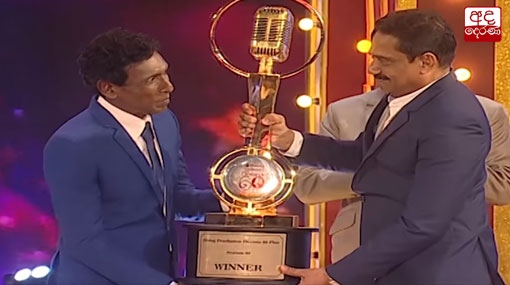 Rexy Maximus became the winner of the Grand Finale of the Derana Prashansa Derana 60 Plus Season 2 held last night (13).

The second season of Dialog Prashansa Derana 60 Plus, a reality program for senior citizens of Sri Lanka, came to a conclusion as the finals of the show commenced at 7.30 pm last night (12) at Ape Gama Jana Kala Kendraya premises in Battaramulla.

Among the more than 12,000 contestants, Jayatilaka Vithanarachchi, Claris Lindsey and Rexy Maximus had qualified to compete at the grand final this year.