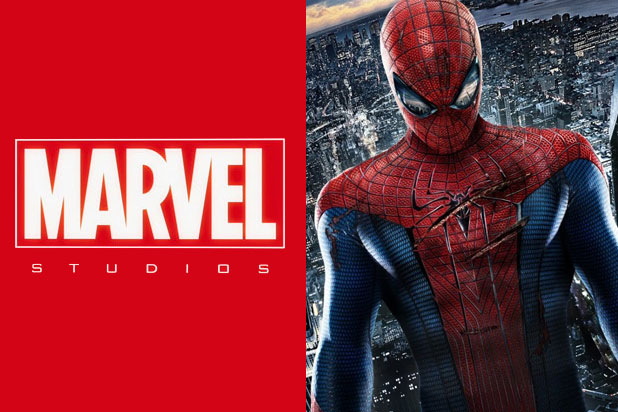 The successful partnership between Disney’s Marvel Studios and Sony Pictures on the “Spider-Man” films has come to an end: Marvel has bailed out on the arrangement in a dispute over financing future films, an insider told TheWrap.

A Sony spokesperson said late Tuesday that the decision involved Disney opting not to have Marvel Studios president Kevin Feige, who oversees the Marvel Cinematic Universe, spend time on Spider-Man.

“We are disappointed, but respect Disney’s decision not to have him continue as a lead producer of our next live action Spider-Man film,” the spokesperson said in a statement. “We hope this might change in the future, but understand that the many new responsibilities that Disney has given him – including all their newly added Marvel properties – do not allow time for him to work on IP they do not own. Kevin is terrific and we are grateful for his help and guidance and appreciate the path he has helped put us on, which we will continue.”

The Marvel-Sony partnership, which began with Tom Holland’s Spider-Man appearing in 2016’s “Captain America: Civil War,” allowed Spider-Man to interact for the first time in the Marvel Cinematic Universe, trading quips with Captain America and learning under Iron Man. “Far From Home” was largely focused on the possibility of Spider-Man replacing Tony Stark as the tech genius at the center of The Avengers.

The collapse of the Sony-Marvel partnership also seems likely to dim future prospects for Spider-Man’s partnerships in the MCU. A person familiar with Disney’s thinking said the company was uninterested in continuing negotiations.

“The MCU is on to Phase 4 and introducing lots of new characters,” the person said, referring to Marvel’s upcoming slate of films including “Black Widow,” “Thor: Love and Thunder,” “The Eternals,” “Shang Chi,” “Doctor Strange in the Multiverse of Madness” and “Blade.”

According to Deadline, which first reported Disney-Sony breakup, Disney asked Sony that future “Spider-Man” films be a 50/50 co-financing arrangement between both studios, a request Sony turned down. Sony’s counteroffer proposed keeping the current deal in place where Marvel receives about 5% of the first dollar gross, and Disney refused, Deadline said.

Marvel already owns all the merchandising on “Spider-Man.”

There are currently two more “Spider-Man” films in development with Tom Holland and director John Watts attached, but they will now go forward without Feige’s guidance.

Released two months after “Avengers: Endgame” ended the MCU as fans knew it, “Far From Home” served as a palette cleanser and a taste of what Marvel Studios had in store for the next phase of the story. Sony has grossed $809 million domestically so far this year, and should pass the $1 billion mark after a busy fourth quarter.

The studio will release the horror-comedy film “Zombieland: Double Tap” this October, followed by Elizabeth Banks’ “Charlie’s Angels” and likely Oscar contender “A Beautiful Day in the Neighborhood” in November. Sony will then cap off the year with “Jumanji: The Next Level,” the sequel to “Jumanji: Welcome to the Jungle” which earned $962 million worldwide two years ago.