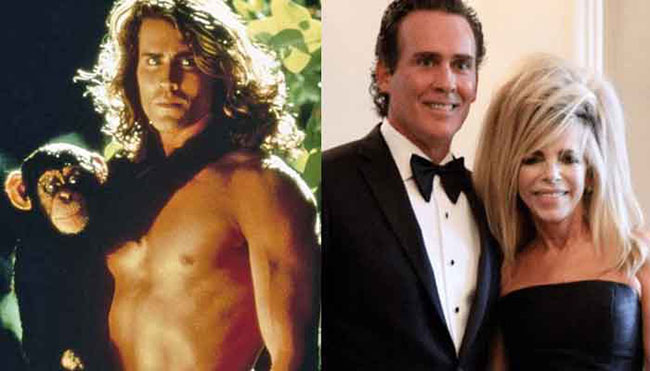 Investigators on Sunday continued searching for the bodies of seven people believed killed in the crash a day earlier of a small jet into a Tennessee lake, including an actor who portrayed Tarzan in a 1990s television series.

Rutherford County Fire Rescue Capt. John Ingle said in a statement Sunday that recovery efforts were ongoing at Percy Priest Lake near Smyrna. He said efforts also were focused on examining a half mile-wide debris field in the lake.

Gwen Shamblin Lara founded the Remnant Fellowship Church in Brentwood in 1999 and wrote a faith-based weight loss book. Her husband of nearly three years, known as Joe Lara, was an actor featured in the TV series “Tarzan: The Epic Adventures.”

The Federal Aviation Administration said the Cessna C501 plane was heading from nearby Smyrna Rutherford County Airport to Palm Beach International Airport when it crashed Saturday morning. Authorities did not release registration information for the plane.

Smyrna is located about 20 miles (32 kilometers) southeast of Nashville. Percy Priest Lake is a reservoir created by the J. Percy Priest Dam. It is a popular spot for boating and fishing.

“With dive teams in the water, we are strongly urging civilian boaters to stay away from the public safety boats,” Ingle said.

The National Transportation Safety Board had a lead investigator at the site.

The 58-year-old actor - the star of ‘Tarzan: The Epic Adventures’ was with his wife and a few others when the private jet crashed into a lake this weekend.

TMZ reported that the private jet, said to be a Cessna 501 took off on Saturday from Smyrna Airport, just outside of Nashville, and was reportedly headed toward Palm Beach, but somehow plunged into Percy Priest Lake not too long after takeoff.

After the accident, fire and other rescue crews were dispatched to the scene but, after an all-night operation, authorities told TMZ that the passengers were killed in the accident.

Their families were notified soon after and as per TMZ, an investigation is underway to determine the cause behind the crash.

Lara was with his spouse Gwen Lara who was a Christian diet guru. Others were reported to be locals.

Lara is infamous for starring as Tarzan for a total of 22 episodes where he played the king of the jungle between 1996 and 2000. He also starred in a TV movie that came out years prior called ‘Tarzan in Manhattan’.

He also had done other action-fantasy roles in movies such as ‘Steel Frontier’, ‘Sunset Heat’, ‘Gunsmoke: The Last Apache’, ‘American Cyborg: Steel Warrior’, ‘The Magnificent Seven’, ‘Baywatch’ and ‘Tropical Heat’, and more.

Lara and Gwen have left behind three children, as per TMZ.