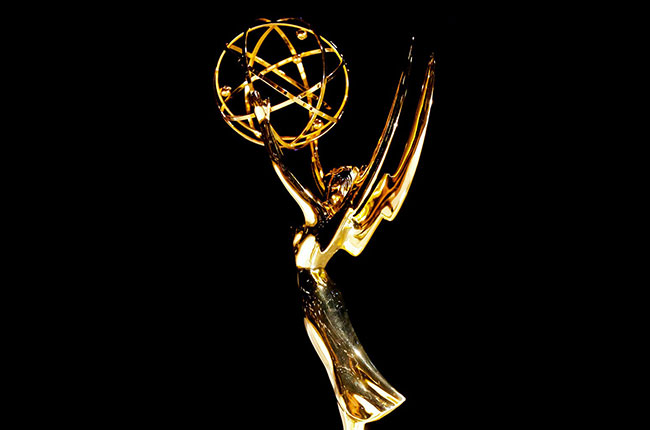 Guest acting Emmys went to Lovecraft Country’s Courtney B. Vance and The Crown’s Claire Foy on the drama side and SNL hosts Maya Rudolph and Dave Chappelle on the comedy side.

Rudolph’s guest-acting win was her fourth Emmy, with the actress winning her third TV award earlier in the day for her character voiceover performance in the animated series Big Mouth

Sterling K. Brown won his third Emmy, for his narration of Lincoln: Divided We Stand, and Stanley Tucci won his fourth Emmy, for hosted nonfiction series or special for Searching for Italy.

MTV Documentary Films scored its first Emmy for 76 Days, which chronicles the early days of the COVID-19 pandemic, winning in the category of exceptional merit in documentary filmmaking.

Apple TV+’s Boys State collected the Emmy for documentary or nonfiction special; Disney+’s Secrets of the Whales, executive produced by James Cameron, grabbed the trophy for documentary or nonfiction series; and Queer Eye topped the category for a structured reality program. Uncomfortable Conversations with a Black Man was honored for short form nonfiction or reality series, with executive producer and host Emmanuel Acho accepting the award wearing a suit with the written names of individuals killed by police brutality. “Let’s continue to love and care for one another,” he urged.

A win for Love, Death and Robots, for short form animated program, delivered Emmys to a team that included Deadpool director Tim Miller — who thanked Netflix for taking on the show “that no one wanted to do” — as well as David Fincher and Jennifer Yuh Nelson.

Numerous members of the Queen’s Gambit team have worked with Frank before, including on Godless. “That team is like a family,” said Tesoro. “It’s just nice when you love everybody on the team and it’s fun. It’s all about showing up to work and appreciating everything.”

The Mandalorian also won its second consecutive Emmy in visual effects, with recipients in that category including VFX supervisors Richard Bluff (who won an Emmy for the series a year ago) and Joe Bauer (who has now won eight Emmys, including six for Game of Thrones), as well as ILM VFX supervisor John Knoll and animation supervisor Hal Hickel, who are both Oscar winners for Pirates of the Caribbean: Dead Man’s Chest.

WandaVision’s popular song, “Agatha All Along” won for outstanding music and lyrics. With the win, Kristen Anderson-Lopez is now one Tony away from joining husband Robert Lopez as an EGOT recipient.

The wins for David Attenborough: A Life On Our Planet included one for music composition, which puts composer Steven Price halfway to an EGOT. He previously received an Oscar for Alfonso Cuaron’s Gravity and his upcoming work includes Edgar Wright’s Last Night in Soho.

During SNL’s win for contemporary hairstyling for a variety program, the crew thanked NBC for keeping up with COVID-19 testing. Accepting the award for contemporary make-up in a variety show, SNL’s make-up team declared it “one of the hardest seasons” due to the pandemic.

SNL production designer Keith Ian Raywood also reflected on Saturday night’s ceremony taking place on the 20th anniversary of the 9/11 attacks. “After 9/11, we came back two weeks later and there were questions about whether or not it was okay, that was asked, ‘Is it okay to be funny again?,’ ‘Was it okay to try to make people laugh again?’ The country was in such a state of shock,” remembered the designer, who has been with the series for 36 seasons.

“It occurred to me at that time that my work on the show was much more important than just being a variety show, it was really part of people’s lives,” he said. “Us coming back then was really important, and I think us coming back during the pandemic and not knowing how long we were going to be able to hold it up or if there’d be an outbreak in the studio, it was also very important. The show has a way of making people feel that there’s a continuity in their lives, there’s something we can count on. And I’m just very proud to have been a part of that.”

Meanwhile, the team from Pose made emotional acceptance speeches on Saturday night, celebrating the drama series for giving a platform to the LGBTQ community. The groundbreaking Emmy- and Peabody-winning series from Steven Canals, Ryan Murphy and Brad Falchuk, which aired its final episodes earlier this year, has been recognized multiple times by media advocacy organization GLAAD for bringing visibility to diverse voices.

On the win for A Black Lady Sketch Show’s editing team — comprising Daysha Broadway, Stephanie Filo and Jessica Hernández — Filo said: “There have never been three women of color standing here with this award. It’s so important that people staff their crews with diversity and inclusion.”

Backstage, Broadway spoke of the “magnitude” of their award and how overwhelming it was. “Just the increase in visibility, maybe people wanting to do this and seeing people like us exist here,” Broadway said in part.

At a time when IATSE is currently negotiating a new contract, Emmy-winning Ted Lasso editor A.J. Catoline not only celebrated the Apple TV+ comedy series but also saluted the crews in post-production for their dedication and the long hours they work. “We deserve to be celebrated for the work we do,” he said backstage. “I support my Editors Guild and the work that they do to stand up for the people in the industry … to make it more fair and equitable.”

Elsewhere, an amusing moment occurred when Grace and Frankie actress June Diane Raphael and her husband, writer and actor Paul Scheer, were presenting the sound editing for comedy/drama half-hour category on Saturday night. When they opened the envelope, they initially thought it was wrong and waited for a producer to come out and clarify. “Didn’t want to create a Moonlight situation,” they said.

Backstage, Raphael reflected on physically being there at the awards show. “I’m thrilled to be in person and be in a live audience — first live audience since March of 2020 and the energy was great, like being shot out of a cannon … there’s just that connection to the audience that Zoom and all of the platforms, as lifesaving as they are, haven’t been able to capture.”

Scheer added: “It’s about trusting to make sure everyone is doing everything to their best ability and that’s how we felt here tonight … as long as [we’re] safe and smart, that’s all we can do — and get vaxxed.”

All three Creative Arts ceremonies took place with limited audiences under a tent on the event deck of L.A. Live, behind the Microsoft Theater, which, in recent years, has been the Emmy venue. Due to rising concerns surrounding the delta variant, in addition to proof of vaccination, all attendees were required to show a negative PCR COVID test. However, at the start of the first show on Saturday night, the event’s producer Bob Bain informed guests that they could remove their masks for the entirety of the show.