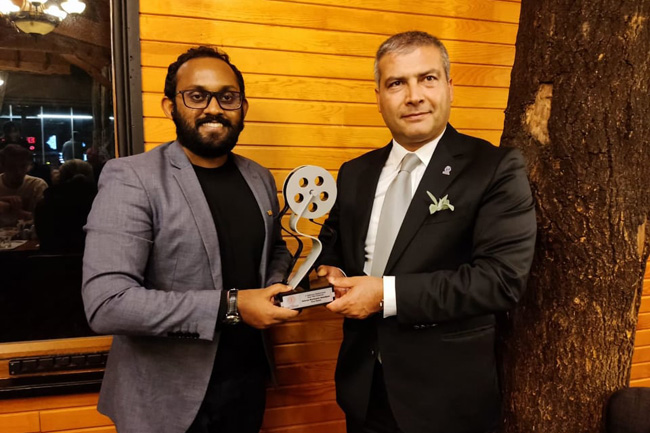 The event, organized by the Sakarya University in Turkey, was held from October 12 - 14.

The other movies include “Cotard’s Delusion” by Sonn Shagleeva from Russian Federation, “Hunting Season” by Dimitris Theocharidis from Greece, “Hemnefes” by Abdullah Şahin from Turkey, “New Year’s Eve” by Zeyingtai Steven Lyu from USA, “Otava” by Lana Bregar from Slovenia, “Gas” by Utku Çırak from Turkey, “The Hobbyist” by George Vatistas from USA, “The Recess” by Navid Nikkhah Azad from Iran and “Un Silencio Prolongado” by Pau Verdalet from Mexico.

Sakarya International Short Film Festival brings together students who are interested in cinema in Turkey and abroad with its team whose experience increases every year.

The festival aims to increase students’ interest in cinema by awarding student films.

“Mutton” is woven around an expectant mother named Sherina Samson and the mysterious death of her husband who is involved in an extramarital affair.