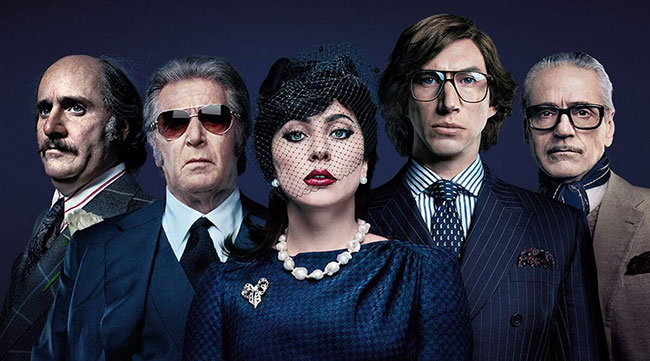 ROME (AFP) - The heirs of Italian fashion house Gucci on Monday threatened to take legal action over Ridley Scott’s new film House of Gucci for depicting members of the family as “hooligans”.

The movie, which is already picking up an Oscar buzz, stars Lady Gaga as Patrizia Reggiani, who was convicted of having fashion heir Maurizio Gucci (played by Adam Driver) assassinated in the 1990s.

“The Gucci family reserve the right to take every initiative to protect their name and image, and those of their loved ones,” said a letter signed by founder Aldo Gucci’s heirs, published by Italy’s ANSA news agency.

The film is directed by British director Ridley Scott, who has created some of the most iconic movies of the past 40 years, including Blade Runner, Alien, Gladiator and Thelma and Louise.

The letter said the family was particularly offended by the depiction of Reggiani, “a woman definitively convicted of ordering the murder of Maurizio Gucci... as a victim”.

And it complained that Aldo Gucci and relatives were portrayed as “hooligans, ignorant and insensitive to the world around them”.

The Gucci family has not been involved with the fashion house since the 1990s. The luxury brand is currently owned by the French group Kering.

The film premiered in Britain earlier in November, and will be released in Italy on December 16.