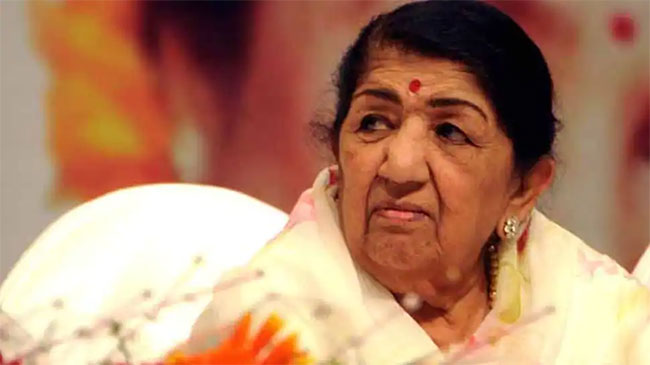 Legendary Indian singer Lata Mangeshkar was admitted to an Intensive Care Unit (ICU) after she was tested COVID-19 positive.

She is admitted to the Breach Candy Hospital in Mumbai. Her relatives confirming the reports said that she has mild symptoms.

Her relatives further said that the legendary singer was admitted to the ICU only as a precautionary step. Lata Mangeshkar in 2019 was also hospitalized after she had some breathing problems.

“She is mild Covid positive. Considering her age, doctors advised us that she should be in the ICU because she requires constant care. And we cannot take a chance. As a family, we want the best and want to ensure she has 24X7 care,” Rachana said. “She will be fine. But it is going to take a while because of her age. And also, COVID-19 takes seven days …,” her niece Rachana told PTI.

Lata Mangeshkar is the recipient of three National Film Awards, the Dadasaheb Phalke Award and the Bharat Ratna, among others.

Several people took to social media to wish Mangeshkar a speedy recovery. “Get well soon and come out of the ICU even sooner,” Anand Ranganathan, author of The Land of the Wilted Rose, wrote on Twitter. “You are not just the voice of our nation; you are its soul.”

One of the most revered playback singers in India, Mangeshkar has recorded songs in more than 1,000 films. Though she sings primarily in Hindi and Marathi, she has recorded in dozens of Indian and foreign languages.

Mangeshkar received the Bharat Ratna, India’s highest civilian award, in 2001. She is only the second singer, after Carnatic vocalist MS Subbulakshmi, to receive the award.

Mangeshkar took to Twitter in December to commemorate the 80th anniversary of her radio debut.

“On 16 December 1941, I sang two songs for the first time in the studio for radio after seeking the blessings of my parents,” she tweeted in Hindi. “It has been 80 years today. In these 80 years, I have got immense love and blessings from the people. I believe that I will always keep getting your love and blessings.”