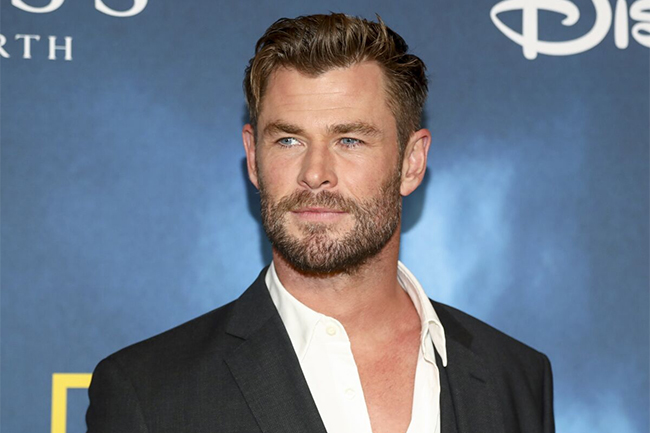 Hollywood star and Thor actor Chris Hemsworth was recently seen in a new docuseries, Limitless, where he pushed boundaries by taking up difficult fitness challenges.

During one of the episodes, he took some genetic tests to check the future holds hidden in his DNA.

The tests revealed that Chris had two copies of gene APOE4 in his genes which are linked to an increased risk of Alzheimer’s disease.

Calling it his biggest fear, Chris revealed that these genes have been in his family. Following this, he said that he would be taking a break from acting to focus on his health.

Talking to Vanity Fair, Chris shared, “My concern was I just didn’t want to manipulate it and over-dramatize it and make it into some sort of hokey grab at empathy, or whatever, for entertainment. It’s not like I’ve been handed my resignation.” He also shared that knowing about this gene predisposition and risk might seem like a difficult space to be in but there is no point avoiding it. “Most of us, we like to avoid speaking about death in the hope that we’ll somehow avoid it. We all have this belief that we’ll figure it out. Then to all of a sudden be told some big indicators are actually pointing to this as the route which is going to happen, the reality of it sinks in. Your own mortality.”

He continued, “It really triggered something in me to want to take some time off. Now when I finish this tour this week, I’m going home and I’m going to have a good chunk of time off and just simplify. Be with the kids, be with my wife.”

Chris also revealed that his grandfather too has Alzheimer’s disease.