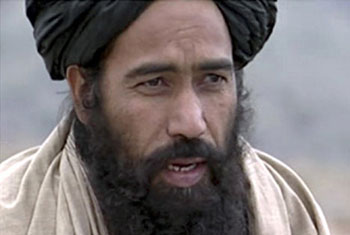 Afghan Taliban on Monday dismissed media reports regarding the killing of their supreme leader Mullah Muhammad Omar. Afghan media quoting government sources in Kabul reported that Taliban supreme leader had been killed while travelling from Quetta to North Waziristan.

Spokesman for Afghan Taliban Zabihullah Mujahid rejected such reports. He said Talibans coordinated attacks in Afghanistan had increased recently and the Afghan government wanted to create anxiety among Taliban to demoralise them. He said Mullah Omar was leading the Taliban.

Agencies add: Afghanistans intelligence services said Monday that Taliban leader Mullah Omar had disappeared from his hideout in Pakistan, but could not confirm that he had been killed despite an earlier claim. Security officials in Pakistan and diplomats, US military commanders and government officials in Afghanistan all cast doubt on reports that Omar, one of the most-wanted men in the world, had been killed while travelling between Quetta and North Waziristan in Pakistan.

Omar, the one-eyed, reclusive leader of militants with a $10 million bounty on his head is said to have vanished up to five days ago.

Mashals comments came hours after one Afghan intelligence source called a handful of reporters to tell them on condition of anonymity that Omar had been killed in Pakistan by the Inter-Services Intelligence (ISI) agency.

A separate source later told AFP that he had been missing for 11 days.

The Taliban have denied that he is dead or missing. Speaking to AFP by telephone from an undisclosed location, Afghan Taliban spokesman Zabihullah Mujahid said the claim was pure propaganda.
A senior Pakistani security official also said he could not confirm media reports, including on Afghanistans private TV station TOLO, that Omar had been killed by members of Pakistans Inter-Services Intelligence (ISI) spy agency.