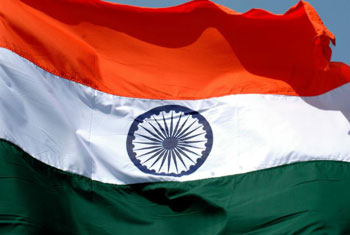 Visa on arrival for Indians scrapped

Sri Lanka on Thursday withdrew the on-arrival free visa facility for Indian tourists. It means that Indians planning a trip to Sri Lanka after August should apply for their visas online for a fee or visit Lankan missions with an application. The new system will be implemented within 80 days, WA Chulananda Perera, Immigration and Emigration Controller General, told the Hindustan Times.

Besides Indian tourists, visitors from 78 other countries will be impacted by the decision.

Only tourists from Singapore and Maldives, countries which gives on-arrival visas to Lankans, will continue to get the reciprocal facility, Perera added.

For example, Lankans visiting India need to either get a visa from the High Commission of India or apply online for it.

The proposal to set up an online visa system was put up by President Mahinda Rajapaksa and was expectedly given the green-signal by the Lankan Cabinet of ministers on Thursday.

Foreigners visiting and travelling via Sri Lanka will be able to obtain visas through the website of the Department of Immigration and Emigration of Sri Lanka by personally applying for them on payment of the prescribed fees, a government statement said.

Perera said the visa processing fee was yet to be decided but will be nominal.

Those who do not have private access to internet facilities, will be able to apply for visa through private agencies to be established for the purpose and also through Sri Lankan Foreign Missions and from the Head Office of the Department of Immigration & Emigration, the statement added.

Perera said applicants will be able to apply to get a visa either within a day or within three days. ``The system will be very easy and data base for each applicant will be maintained online, he added.

Travel or ticketing agents would also be able to apply for the visa on behalf of the tourist.

In August last year, the government had withdrawn the facility but overturned the decision after a clamour of protests from the tourism industry. Tourism is one of the main earners of foreign exchange for Sri Lanka and, which is finally witnessing a revival after decades of civil war. In 2009, more than 85000 Indians visited Lanka; that number went above 1.2 lakh last year.

Perera, however, said tourism will not be affected by the change in system; it will only make it easier for the tourist, he added, Hindustan Times reports.