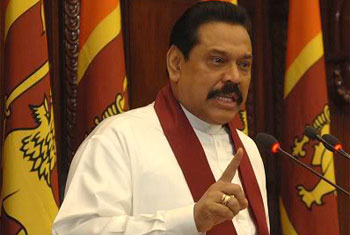 President Mahinda Rajapaksa has ordered the Director General of the Wildlife Department to remove all private constructions within National Parks in the country.

The President had reached this decision after being informed, during a District Development Committee meeting, of permanent tourist camps constructed by private companies within the Yala National Park.

He ordered the removal of any private construction, permanent or temporary, within the Yala National Park by tomorrow (20).