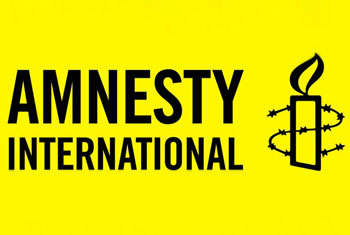 Sri Lankas promises on human rights should no longer be accepted by the international community, Amnesty International said on Friday.

The statement comes in the wake of UN Universal Periodic Review (UPR) yesterday, which highlighted Colombos, continued denial of the human rights crisis in the country and the need for independent investigations into new alleged human rights violations and past war crimes.

Amnesty, the global human rights body, said the UN examines the human rights situation in each member state every four and a half years, and Sri Lanka has yet to follow up on important commitments made during its first UPR in 2008, when the government was engaged in armed conflict with the Tamil Tigers (LTTE).

Sri Lanka has been making empty promises about human rights for decades. This was made clear by a number of countries which questioned Sri Lankas lack of progress in ending human rights violations during the review, said Yolanda Foster, the Amnesty Internationals expert on Sri Lanka.

Three years after the end of the civil war, the government continues to stifle dissent through threats and harassment, and has failed to take steps to end enforced disappearances and extra judicial executions, Foster added

Human rights defenders have told Amnesty International about a climate of fear in Sri Lanka in which the state does nothing to protect them from threats.

They were called traitors and threatened with physical harm by the Public Relations Minister, prompting the UN to denounce the threats and call for an investigation.  - PTI