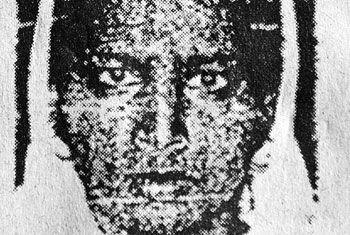 The Asian Human Rights Commission (AHRC) strongly urged President Mahinda Rajapaksa to look into the execution of Rizana Nafeek in Saudi Arabia in a letter also submitted to the United Nations High Commissioner.

Three matters were raised in the letter including questions regarding the evidence submitted to the court which led to Nafeeks sentencing, her alleged confession and the contradiction regarding her age.

The Asian Human Rights Commission (AHRC) is writing this letter both to your goodself and to His Excellency, The President of Sri Lanka, to strongly urge an inquiry into the execution of Ms. Rizana Nafeek, a Sri Lankan citizen in Saudi Arabia. The Government of Saudi Arabia executed Rizana at 11:48 am on January 9.

The matters that we request your office to urge for an investigation are the following:

a.    What is the evidence upon which the court in Saudi Arabia sentenced Rizana for capital punishment?
b.    It is reported that the only evidence relied upon by the court is a confession statement, allegedly made by Rizana. If that is the case, we urge Your Excellency to request the Government of Saudi Arabia to inquire the circumstances under which Rizana made this statement.

c.    Under what circumstances was Rizanas age (she being a minor) ignored? The Government of Saudi Arabia now claims that Rizana was 21 years of age based on the passport, despite the contrary evidence placed before the court. Your Excellency has also confirmed that Rizana is a minor vide Your Excellencys letter to His Royal Highness, King Abdullah of Saudi Arabia.

The AHRC is certain that you are aware that Rizanas execution has led to an international outrage against the trial and the sentence. For a period of five years, the world protested against the unjustness of the death sentence. It is widely held, and the facts reported so far strongly suggests that the case charged against Rizana does not meet the requirements of a charge against murder. It is also globally reported that when Rizana was handed over to the Saudi police, she had been subjected to duress and there was no translator to assist her.

The AHRC has confirmed that Rizana spoke only Tamil and the inquiry conducted by the Saudi police was in Arabic. The AHRC also has information that the letter allegedly signed by Rizana is written in Arabic, a language that Rizana does not speak, read or write. In these circumstances, Rizana could not have made the confession. There is a report that the translator provided to Rizana, at some stage of her trial or investigation, is a person from Karnataka, India, who speaks only Kannada and not Tamil.  Furthermore, at trial Rizana did not receive any legal assistance.

The AHRC therefore requests you to initiate a process with the cooperation of the Government of Saudi Arabia, so that an international expert is appointed to inquire into the case. The expert should visit Saudi Arabia and be allowed to examine all records concerning the case, from the time the complaint against Rizana was made to her execution in Saudi Arabia.

The AHRC calls upon you to demand this inquiry, since in this case as the rights of young girl, a subject of Sri Lanka, were violated in Saudi Arabia. The mere payment of money by a Saudi citizen to Rizanas family is not a substitute for a proper inquiry.

In this context, the AHRC also wishes to state that the statement by the official Saudi press as reported by the CNN that: the Kingdom of Saudi Arabia categorically rejects any interference in its affairs or in the provisions of its judiciary under any justification, is unacceptable and amounts to Saudi Arabias rejection of its obligation under international law to respect the universal human rights norms and standards. All responsible governments are under obligation to be accountable to the verdicts of the death sentence pronounced by courts under their jurisdiction.

The issues arising out of Rizanas case are known worldwide. Not to seek clarity on the case thus would amount to complicity. Furthermore, such an inquiry could provide an opportunity for your office, as well as the international community, to ensure that similar violations would not occur in the future.

Additionally this is a duty that the United Nations owes to Razina and her family, to clear her name. Rizanas honor must be restored.