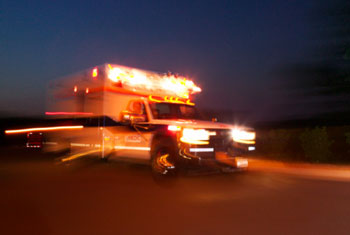 The news reporter of Maldives opposition television station Raajje TV, who suffered serious injuries during a brutal attack on Friday night, has been brought to Sri Lanka for treatment early Saturday morning.

According to media reports, the reporter was attacked near artificial beach area in the capital Male and had been rushed to ADK hospital.

Raajje TV deputy CEO Abdulla Yamin said the stations reporter Ibrahim Aswad Waheed was attacked with an iron rod while riding with him on a motor cycle. Waheed had suffered serious injuries to the head and is in critical condition. He has not regained consciousness since the attack, Haveeru Online reports.

Meanwhile, during the opposition Maldivian Democratic Party (MDP) protest on Friday night, two State television TVM journalists who were covering the protest were injured when a packet filled with paint thinner was thrown at them from the crowd.