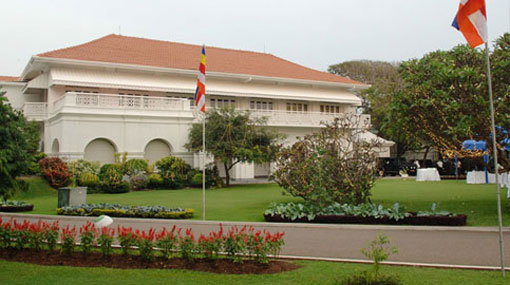 The Attorney General (AG) of Sri Lanka has instructed the Criminal Investigation Department (CID) to investigate a complaint regarding an alleged coup attempt by the country’s former President whilst the election results were been released on 9 January.

The CID today sought the Attorney General’s advice regarding the complaint while AG Yuwanjana Wanasundara Wijethilake has instructed them to proceed with an investigation as per usual.

He said they conspired to impose a “state of emergency and planned to continue in office by unlawful and illegal means, with the help of the military,” but that the attorney general and the military and police chiefs opposed the move.

Samaraweera said the alleged plan “constitutes a very serious offense against the state.”

Health Minister Rajitha Senaratne has also alleged that the former president had appealed to the Army Commander and the Inspector General of Police to help him stay on in power, which was not supported.

However, Rajapaksa denied the allegation in a series of tweets on Tuesday, saying he accepted the outcome long before the final official results were released and has always accepted the people’s verdict during his decades-long political career.

“I deny in all possible terms reports of attempts to use the military to influence election results,” a tweet on Rajapaksa’s official Twitter account said. “I have always bowed down to the people’s verdict.”

Spokespersons for both the Police and the Army have said they were unaware of any such requests by the former president.