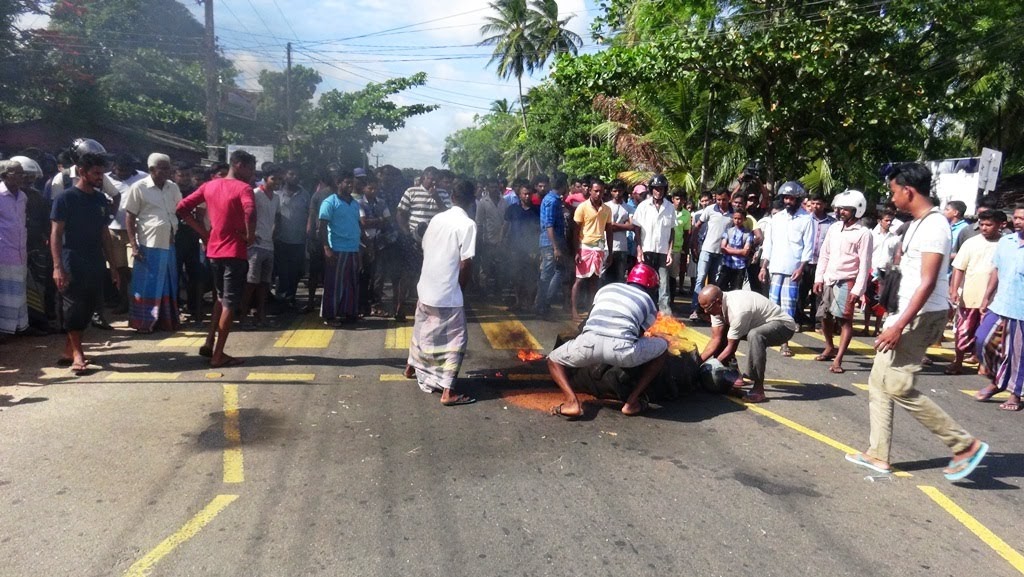 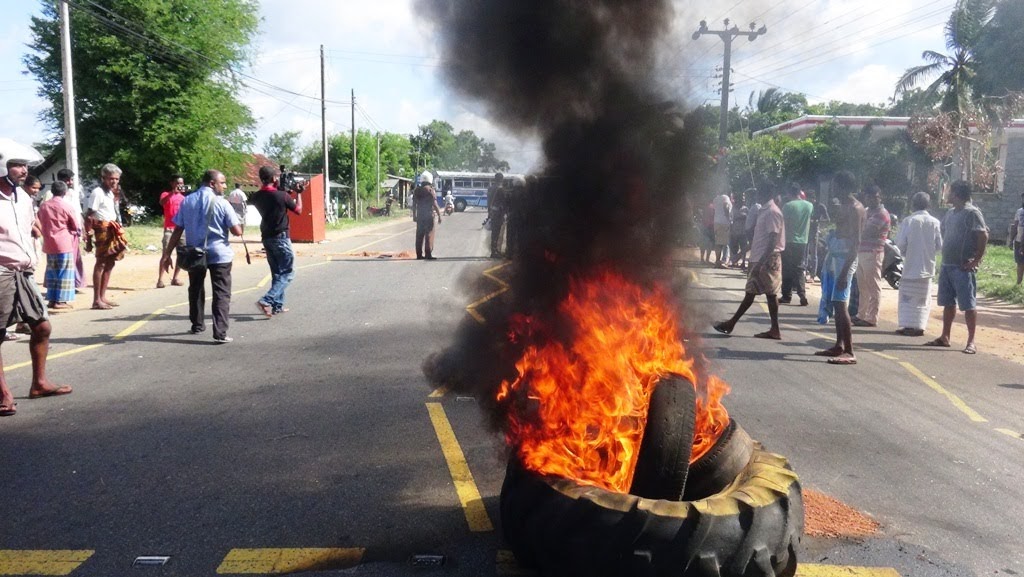 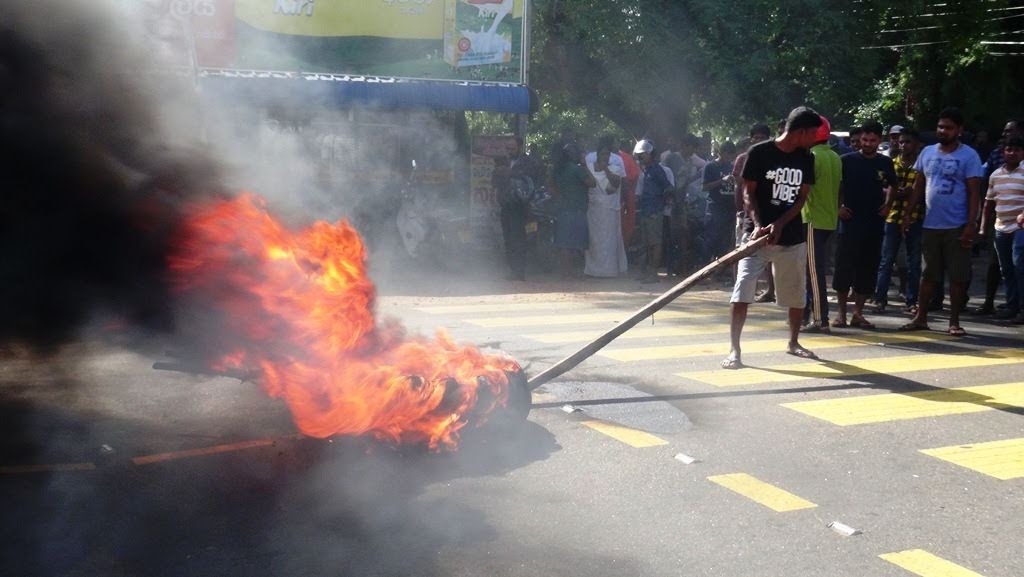 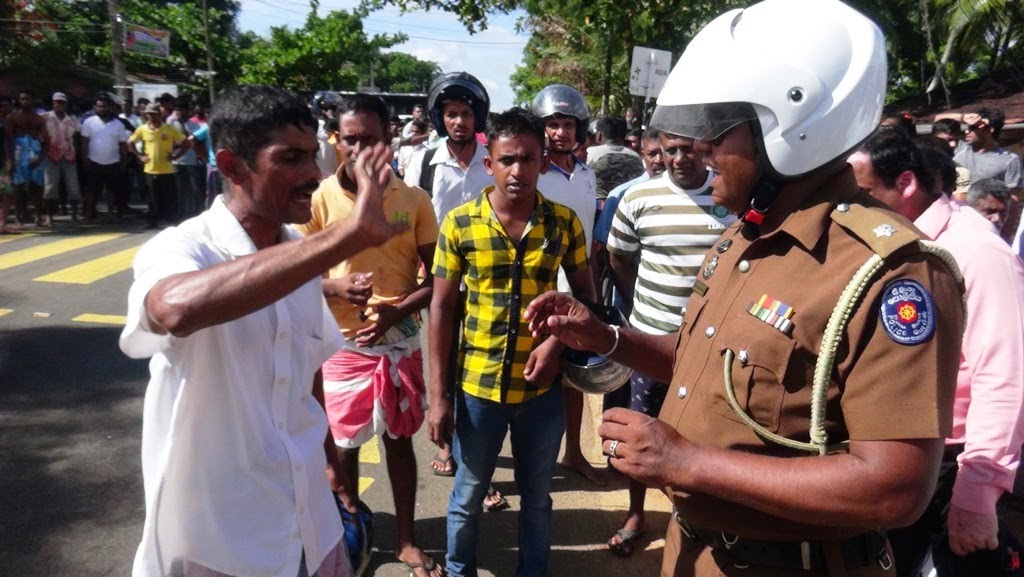 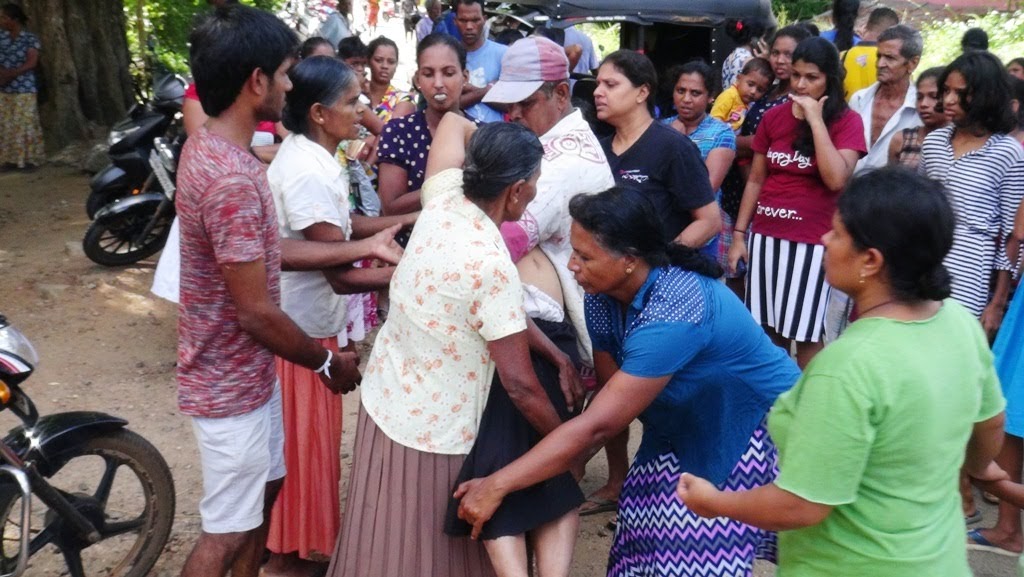 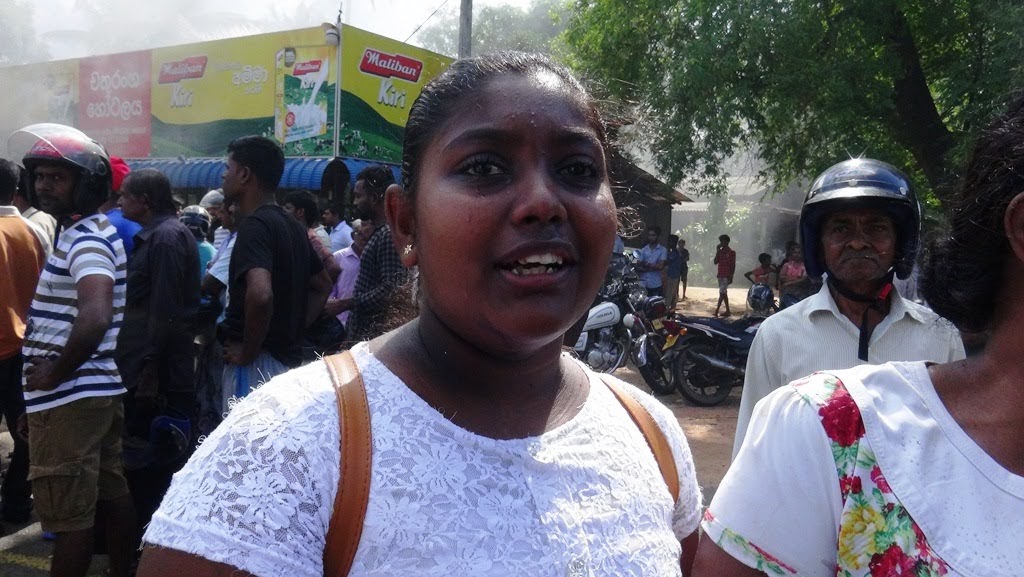 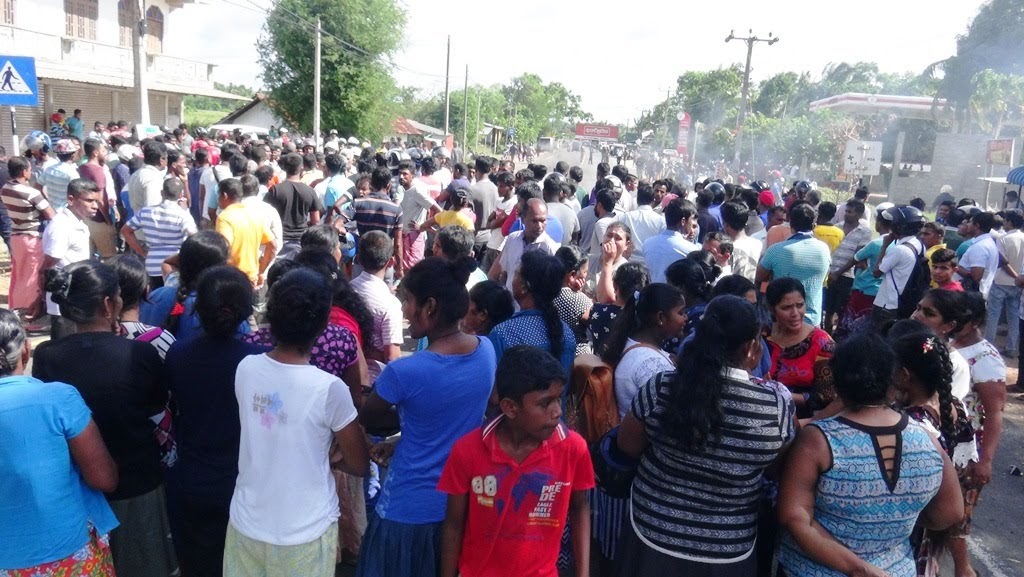 The A-9 road was temporarily blocked for traffic at Thibbatuwewa, Kekirawa due to a protest by residents after a hit-and-run accident involving a lorry killed 3 children this morning (08). Residents in the area blocked the road at Korasagolla Junction and protested demanding the arrest of the absconding lorry driver who ran over and killed three children and critically wounded another. 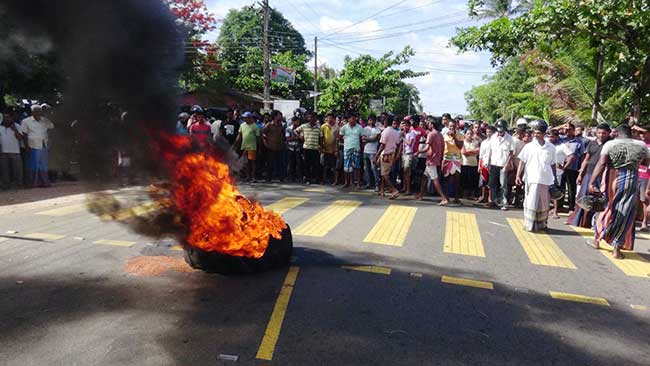