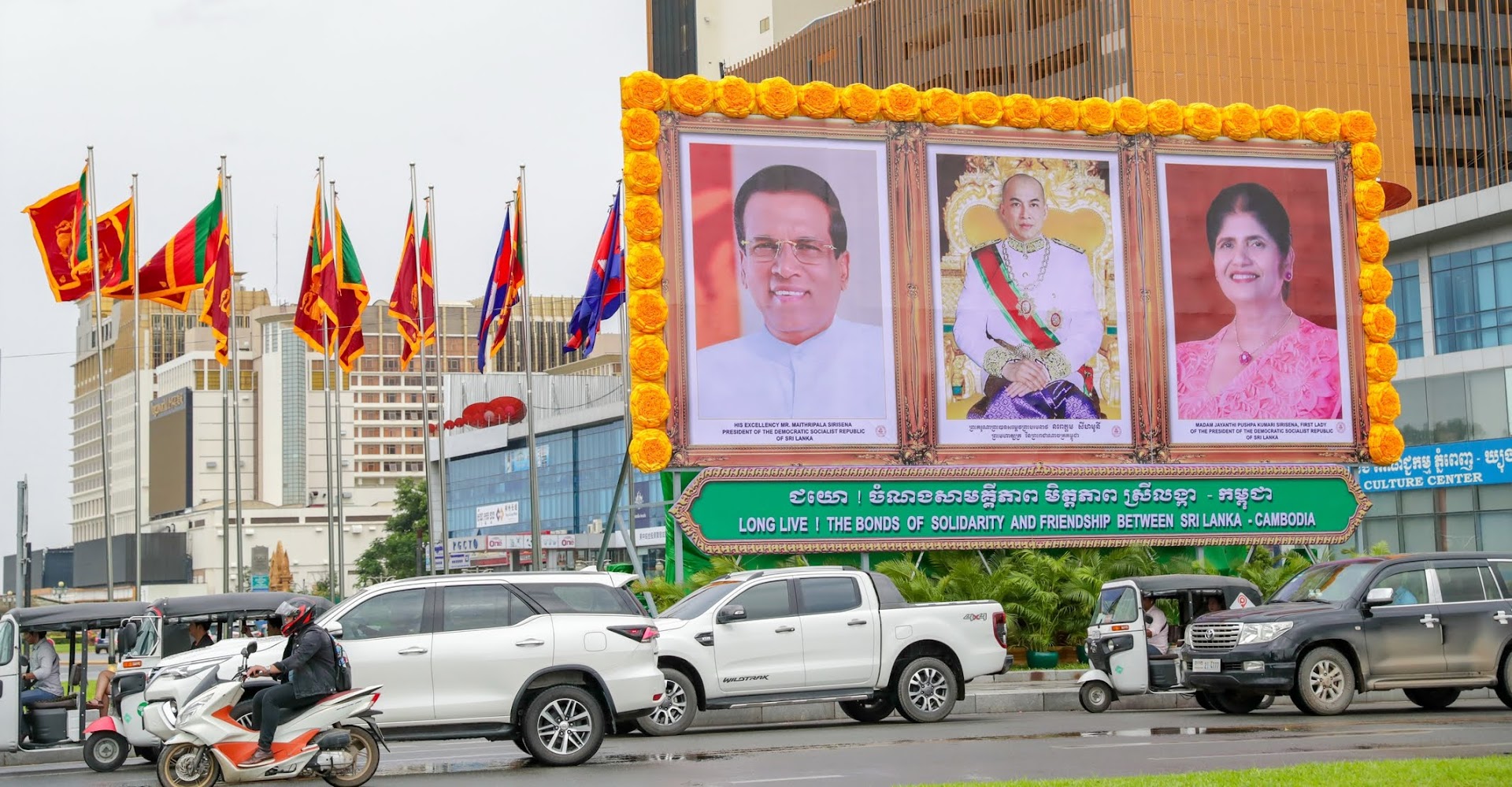 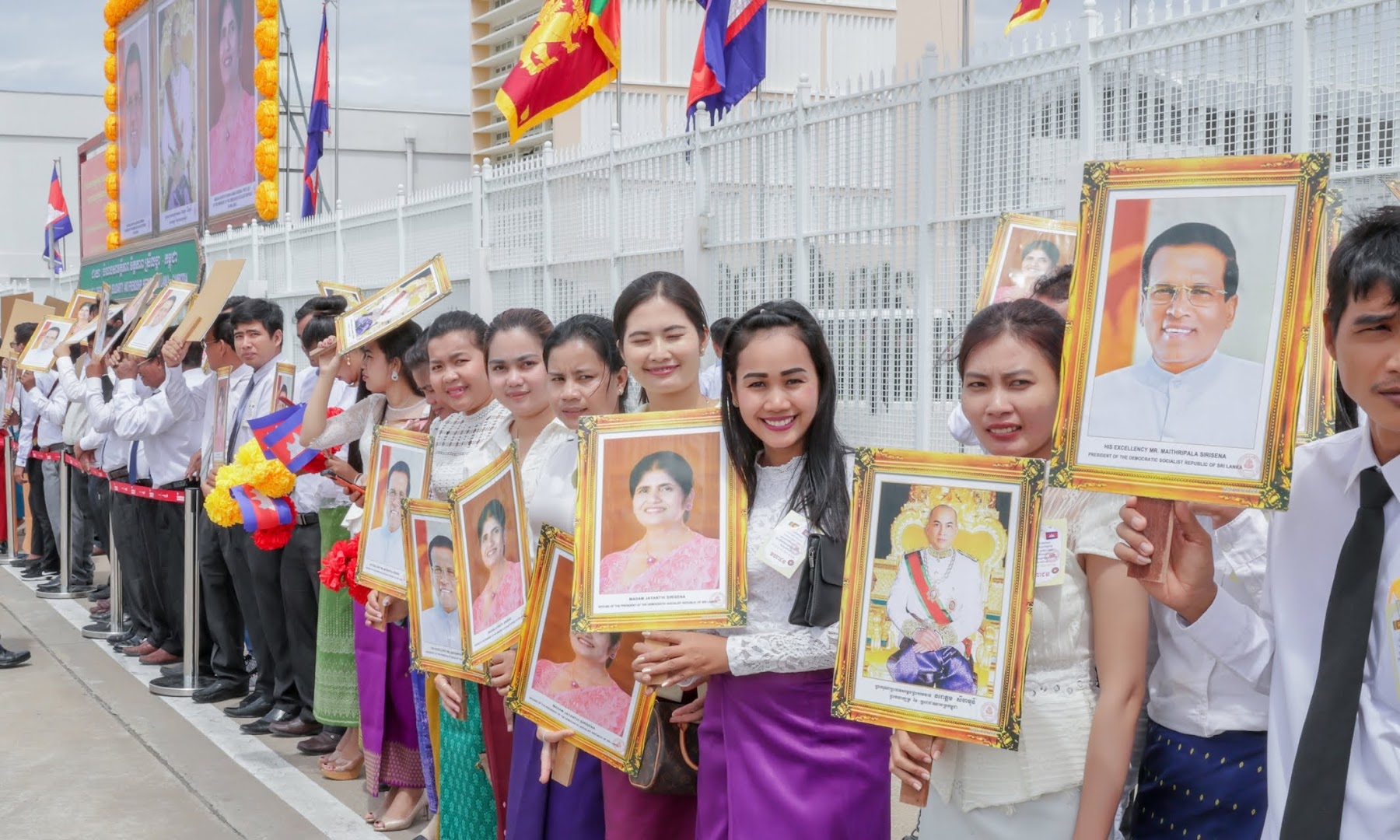 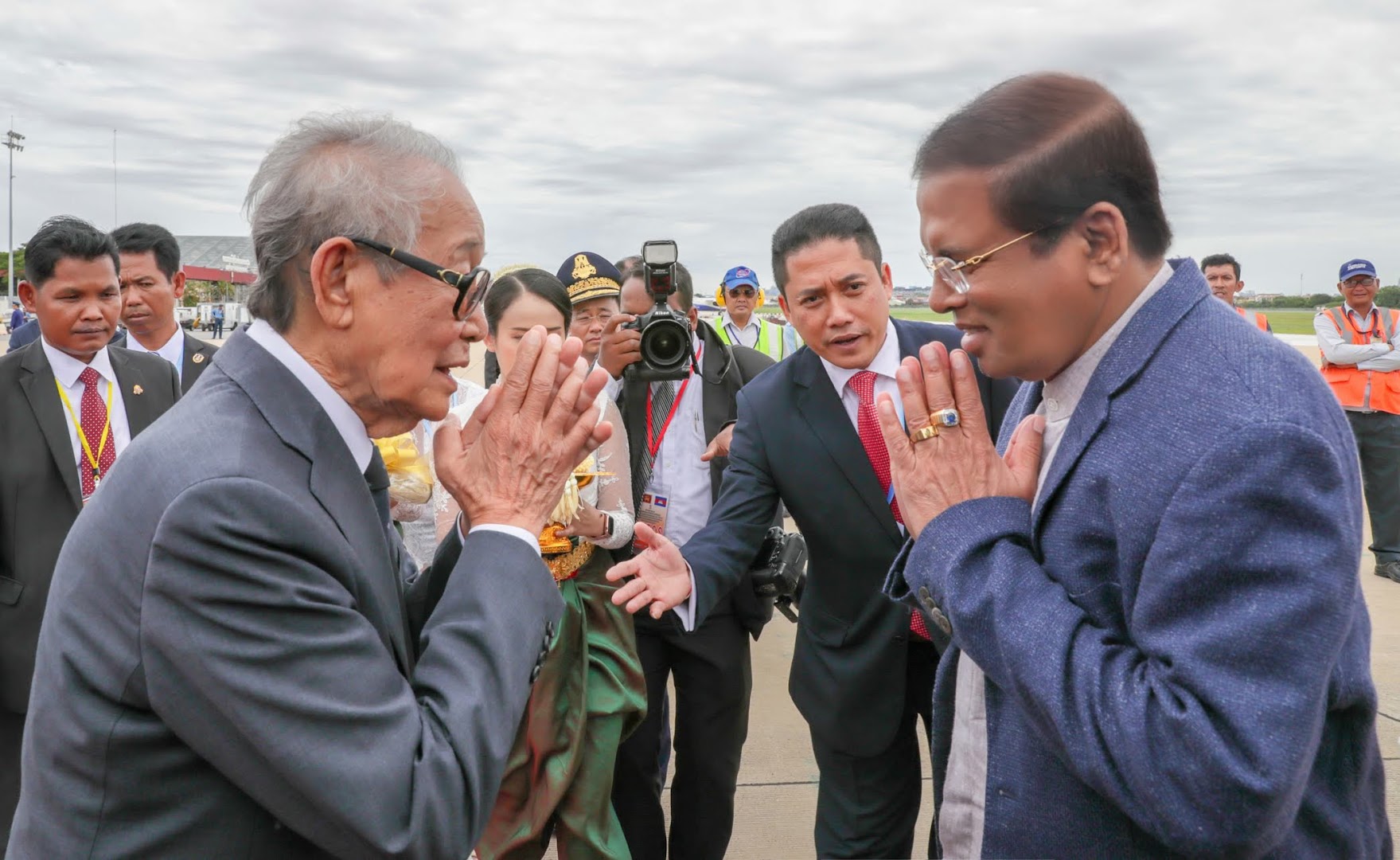 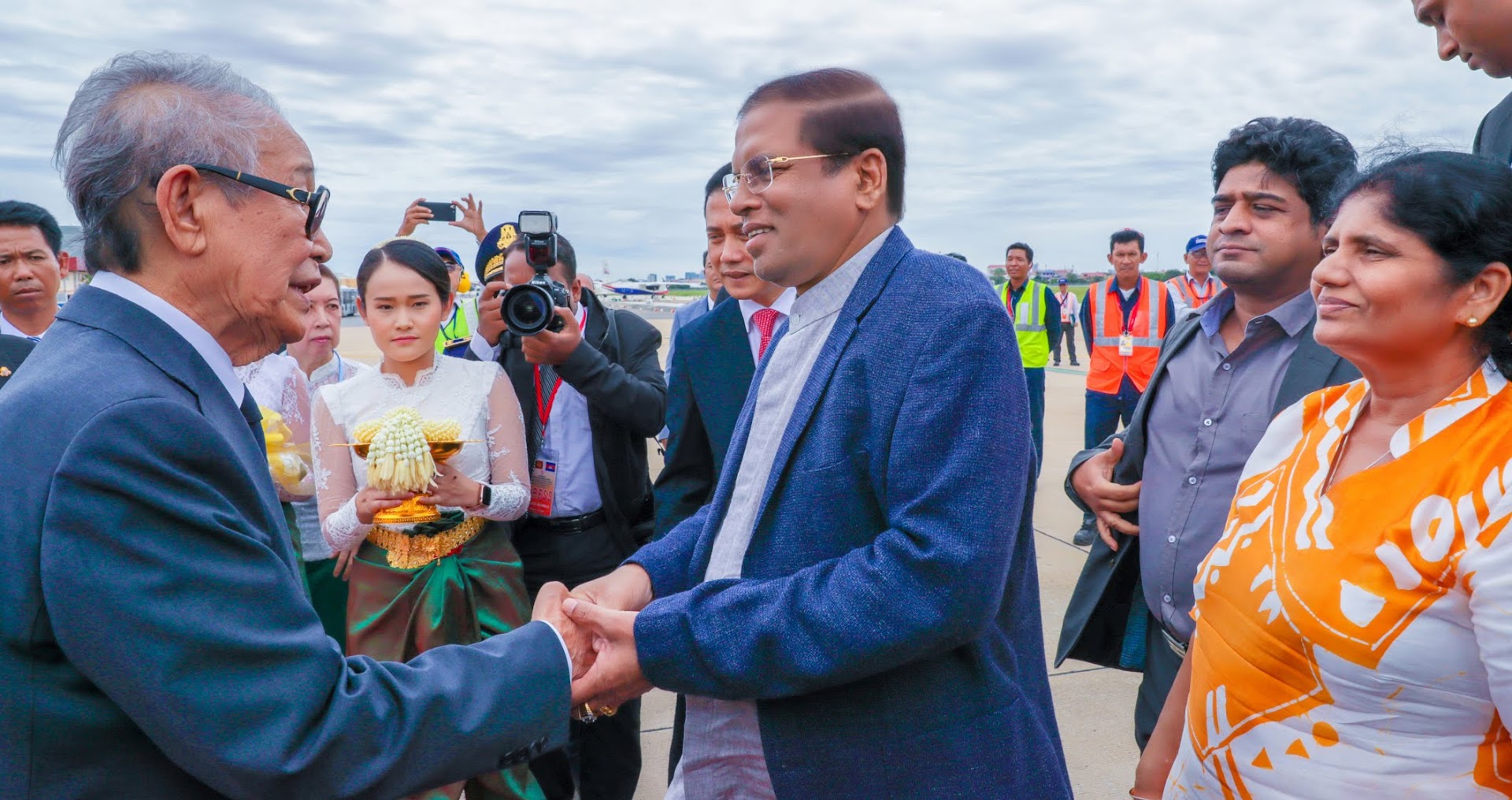 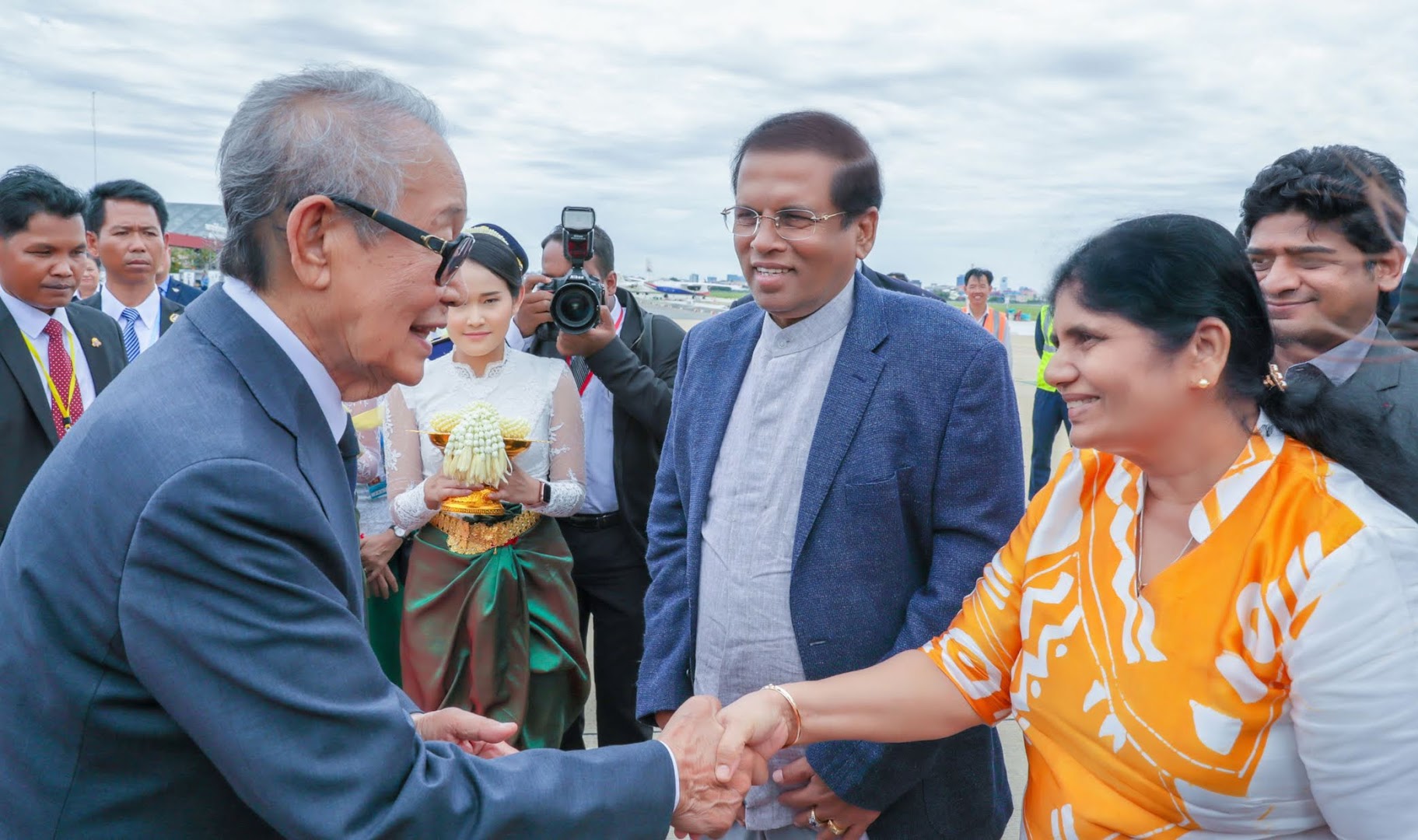 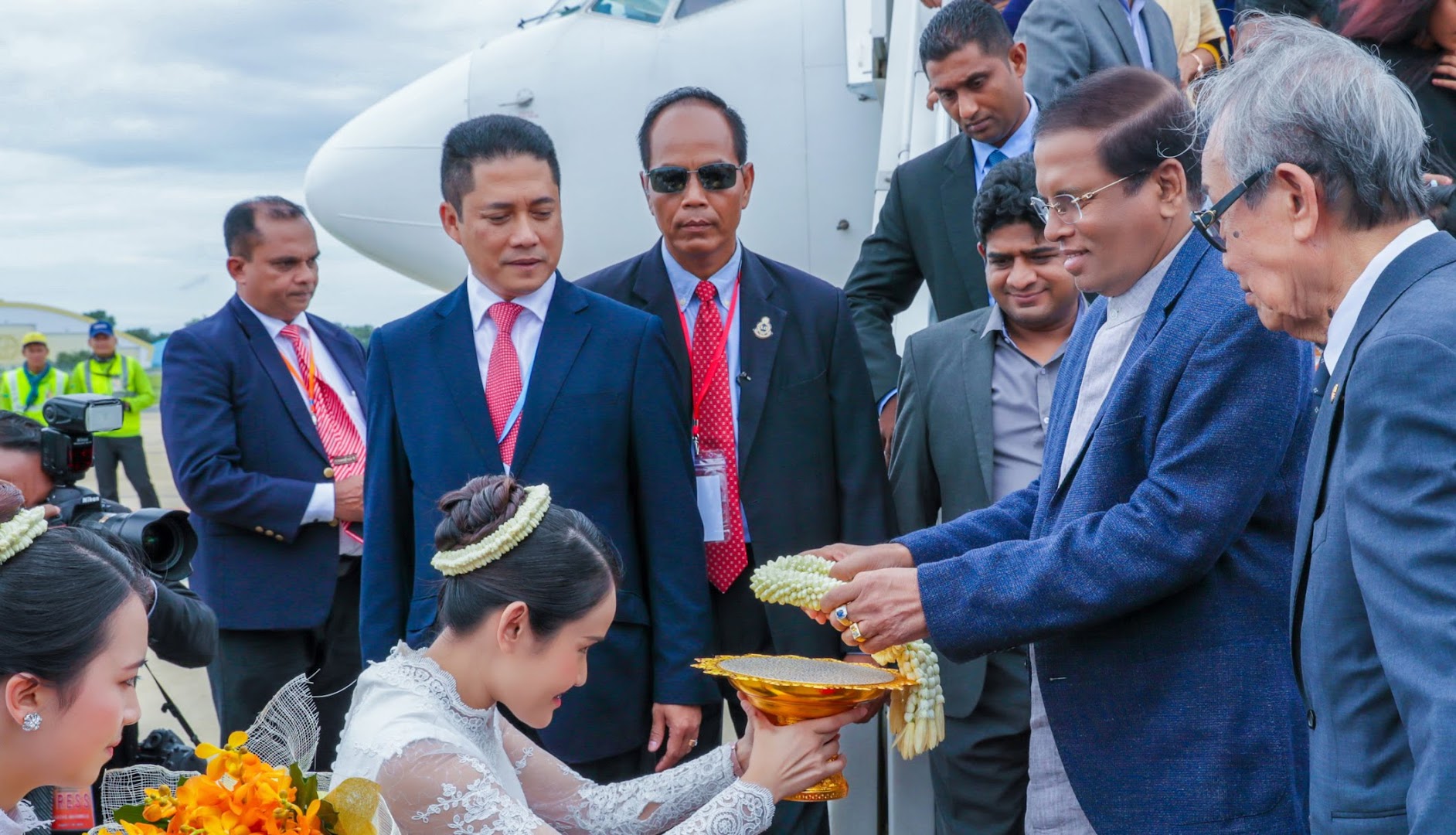 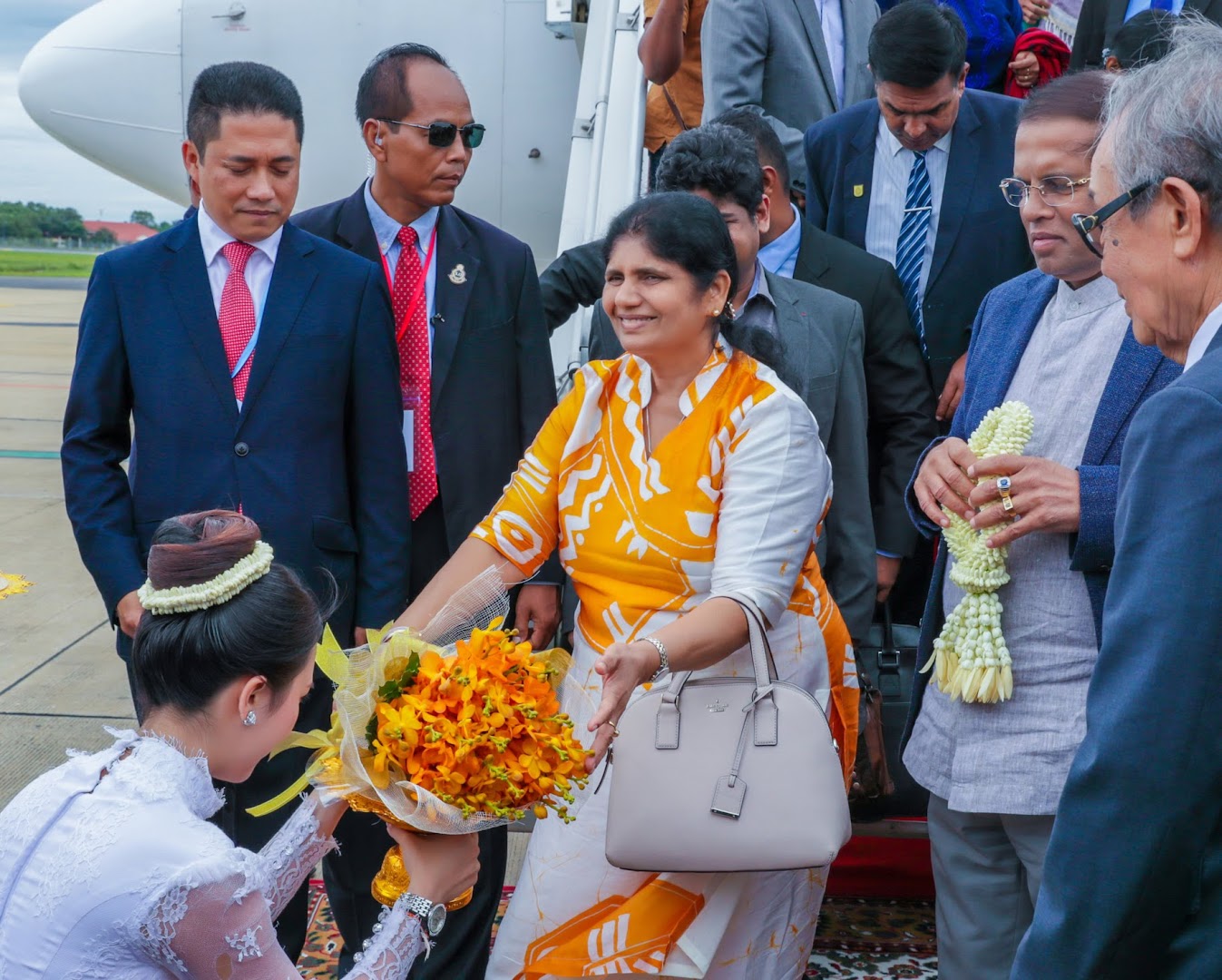 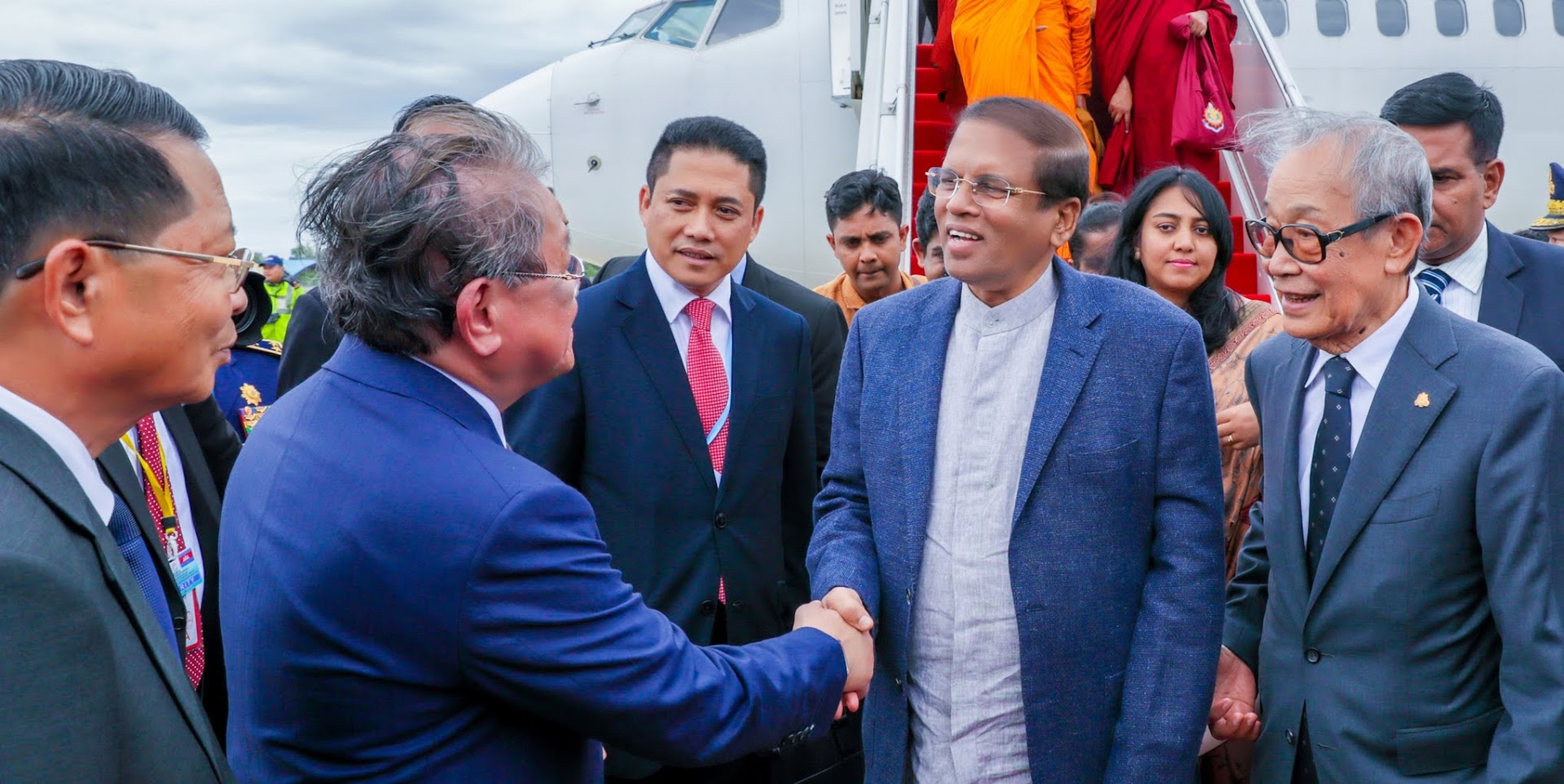 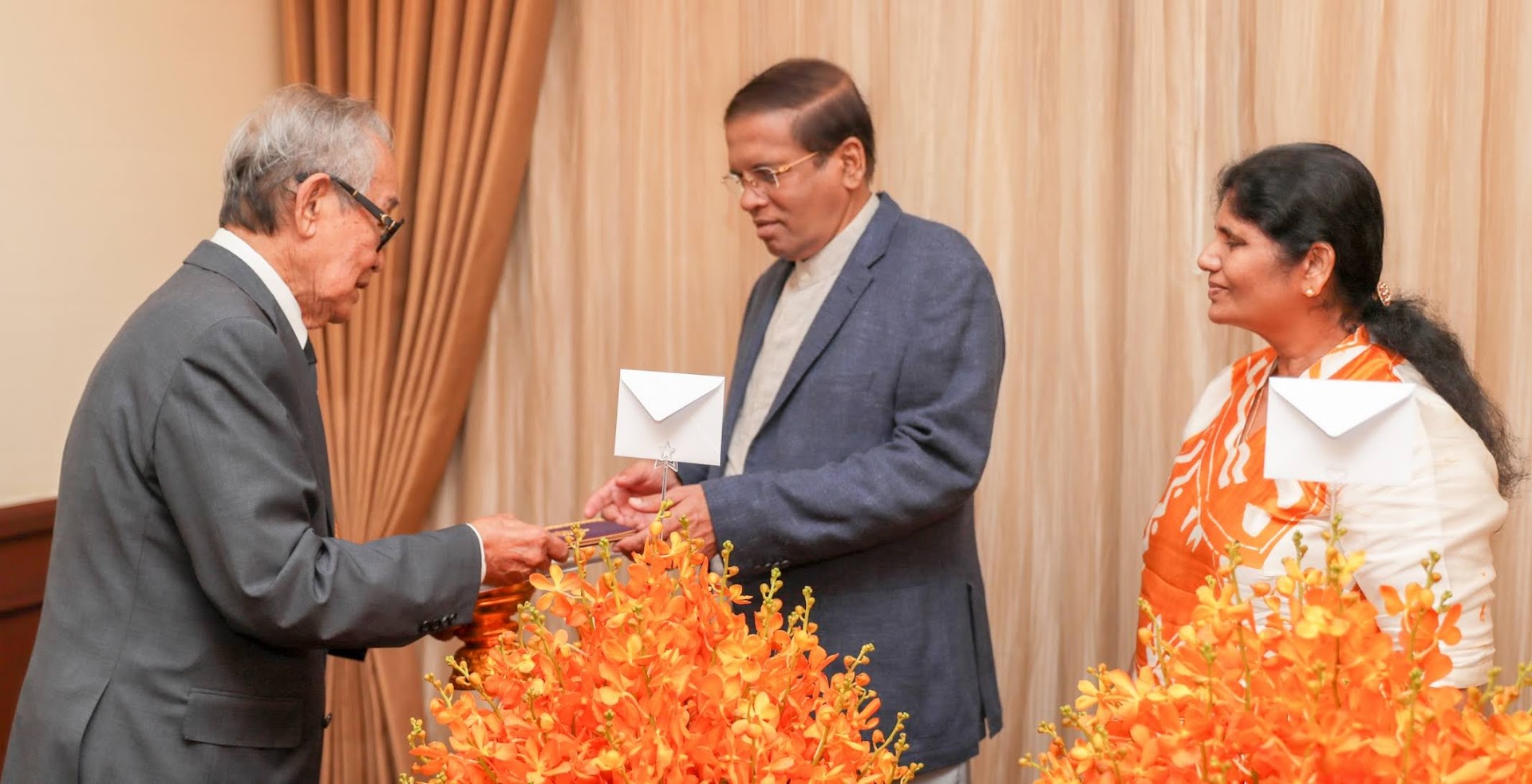 On an invitation extended by the Government of Cambodia, President Maithripala Sirisena has commenced his four-day official visit to the Southeast Asian nation today (07).

Upon his arrival at the Phnom Penh International Airport, President Sirisena was warmly welcomed by Deputy Prime Minister and Minister of the Royal Palace Samdech Chaufea Veang Kong Sam Ol and Minister of Information and Minister-in-attendance Khieu Kanharith.

During his stay President Sirisena will have a royal audience with Norodom Sihamoni, the King of Cambodia, the PMD added.

He will also attend a bilateral meeting with Prime Minister Hun Sen.

The two countries which are deeply connected through Buddhism will pay special attention to expand mutual cooperation in economic, trade, tourism sectors. The Sri Lankan President and the Cambodian Prime Minister will also witness the signing of several bilateral cooperation agreements.