The 72nd Independence Day, which is themed “A Secured Nation - A Prosperous Country”, was celebrated ceremoniously today (February 04) at the Independence Square.

Nearly 2,500 guests including the Prime Minister, Ministers, State Ministers, parliamentarians and foreign diplomats were invited for the celebrations.

The march-past of the ceremony consists of 8,260 security forces personnel including 4,325 from Sri Lanka Army, 868 from the Navy and 815 from the Air Force. A total of 1,382 police personnel will also join the military pageant.

The venue of the annual Independence Day ceremony was shifted from Galle Face Green to the Independence Square this year. 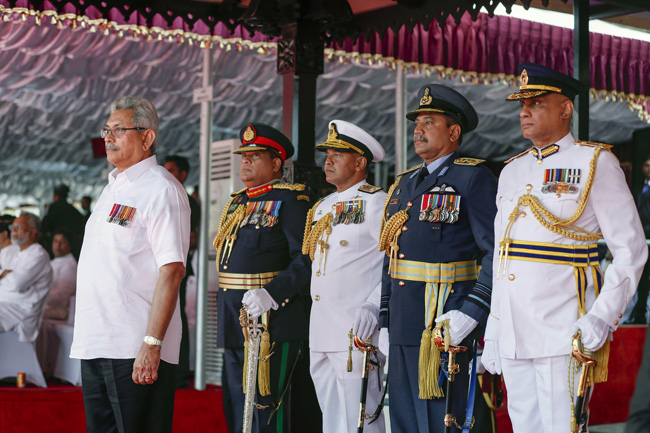