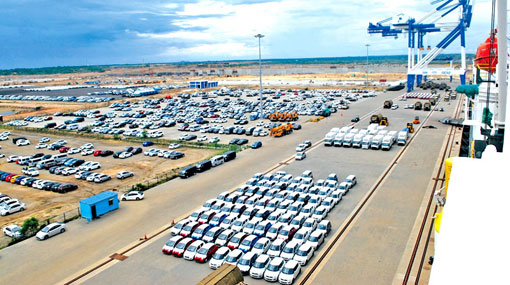 Hambantota port handed over to HIPG and HIPS

The Handing over of the Hambantota port to HIPG and HIPS companies took place at the parliament premises a short while ago. The National Treasury received 294 million dollars as the initial 30% of the total amount that will be received.

Sri Lanka’s Cabinet of Ministers approved the signing of an agreement of share ownership before commencing operations in the Hambanthota Port following parliamentary sessions on December 6.

As per the agreement, 85% of the shares of Hambantota International Port Group will be held by China Merchants Port Holdings Company Limited or any of its subsidiaries while 15% will be held by the state-owned SLPA.

Meanwhile 58% of the shares of the Hambantota International Port Services will be controlled by HIPG while 42% will go to the SLPA.