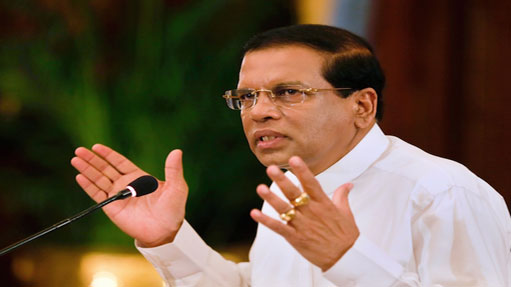 President Maithripala Sirisena says the government will take immediate measures to get the ban placed on imports of tea from Sri Lanka by Russia lifted early.

A special delegation led by Ministers Navin Dissanayake and Rishad Bathiudeen will leave the country for Russia, to explain the situation and find a remedy, President Sirisena said.

The President also said that he will make a special request to Russian President Vladimir Putin in this regard, and said that no one in the tea industry should be unnecessarily worried by this move as he believes Russia as a friendly nation to Sri Lanka and was confident that its assistance will be given in this regard.

He made these remarks addressing a public in Haputale, on December 17.

Russia placed this temporary restriction on imports of tea from Sri Lanka, after it found an agricultural insect in the packaging material of a consignment of tea shipped from Sri Lanka.

“A full investigation is to be carried out against the company responsible in this regard and the legal action against them will be taken in the future,” the President said that adding if the company found guilty in this matter steps will be taken to cancel its export license.

Expressing his views regarding a number of articles published on newspapers by several associations of the retired public officers, the President said that arrangements will be made to solve their problems within the next week.

This public rally in Haputale was organized by Mr. Senthil Thondaman of the Ceylon Workers’ Congress under the patronage of President.

The Russian Federation temporarily banned tea imports from Sri Lanka on December 14, due to the detection of a single specimen of the agricultural pest, the beetle Trogoderma granarium in the packaging material of a consignment of tea shipped from Sri Lanka.

The Russian authorities said that the ban is of a temporary nature and would last only until the completion of negotiations and clarification of the situation with the competent authority of Sri Lanka.

However, the Estate Superintendents emphasized that no insects can be present inside the packaging material of tea exported from Sri Lanka, as world recognized quality standards are followed in the process of tea exportation.