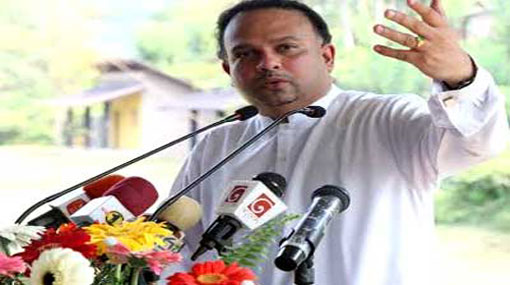 The Russian Federation temporarily banned Sri Lankan tea on December 14, due to the detection of a single specimen of the agricultural pest, the beetle Trogoderma granarium in the packaging material of a consignment of tea shipped from Sri Lanka.

The Minister said he had already commenced discussions with Russia on the issue, and he would do his best to get Russia to lift the embargo.

Minister Navin Dissanayake made this sentiment while briefing media after a ceremony held in Nuwara Eliya yesterday (17).

Further Speaking the Minister said that the ship which transported the tea cargo had docked at several other ports along its journey.

The Minister also said that he is under the question as to how a beetle which is a pest of grain crops such as rice entered the consignment of tea.

Discussions are in progress with Russia at diplomatic level as Russia is a principal buyer of Sri Lanka tea and the Minister is hopeful of getting the embargo withdrawn soon.