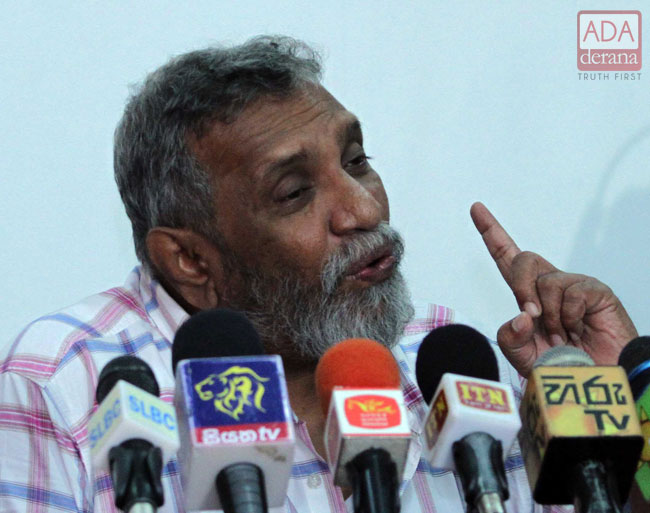 The Chairman of the Elections Commission Mahinda Deshapriya today announced that the Local Government elections will be held on February 10, 2018.

Addressing a press briefing in Colombo, he said that February 08, 10, 12 and 17 were the dates that were extensively discussed and that finally the commission unanimously decided on February 10.

However, this will be made official through a gazette notification only on December 26 as this date cannot be gazetted until then, he said.

Deshapriya said that date was decided upon after considering all the facts and necessities such as holding polls within 49 days of accepting nominations. “Nobody instructed us to hold the election on this day,” he clarified.

Speaking about the rejection of several nomination lists handed over by various political parties and independent groups, he said that anybody is free to go to court and challenge it, but they stand by their decision.

We stand by the fact that every nomination list we rejected, was rejected based on the relevant legal provisions, the chairman said. “We have never rejected a nomination list because we like to,”

He said that anything handed over after the given time period will be accepted and then rejected and that there is a court decision regarding that.

He also said that certain nominations lists were rejected as they were not handed over by the persons authorized to do so.

“Nominations have to be handed over by the party secretary or authorized agent. For independent groups it is the group leader. Only if notified beforehand in writing can a candidate who is contesting the election hand over the nominations,” he pointed out.

He said some nominations were rejected because they were handed over during certain auspicious times which are not during the allotted timeframe.

The elections chief stressed that none of the nomination lists were rejected by Returning Officers because they like to reject.