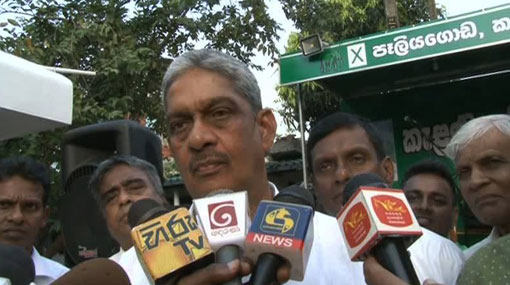 If men can do it, so can women  Sarath Fonseka

Minister of Regional Development Field Marshal Sarath Fonseka says that despite the endless criticism of certain policy decision of the government, he does not see anything wrong with them.

Speaking to reporters following an event in Gampaha today (16), he alleged that during the Rajapaksa regime some 2,000 temples were closed down and 2,000 liquor shops instead.

However, the former Army Chief said that although allowing women to be employed at liquor shops has become an issue today, in most countries of the world women even fly fighter planes.

Therefore women can open liquor shops if men can do it, the minister said.