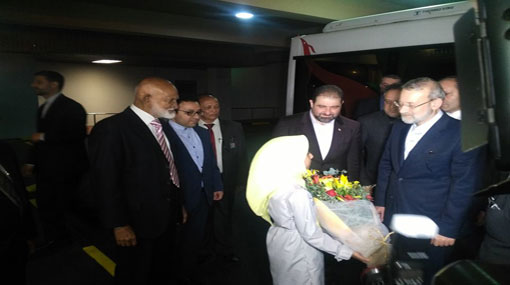 Speaker of the Iran Parliament Ali Larijani and a delegation arrived in Sri Lanka today (18) on a two-day official visit.

State Minister of National Integration and Reconciliation A. H. M. Fowzie welcomed the delegation at the Bandaranaike International Airport (BIA).

Larijani is scheduled to stay in the country until April 20, and the delegation is expected to meet government officials including Prime Minister and Speaker of the House during the visit.

Meanwhile, the Iranian Speaker is expected to hold discussions with regard to the ongoing conflict in Syria, according to reports.