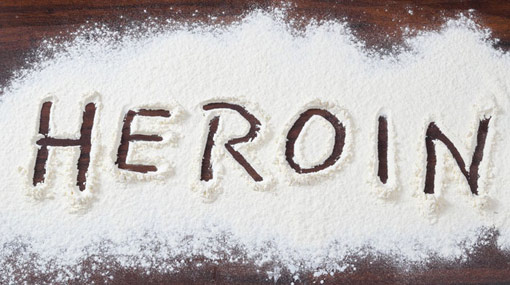 From Afghanistan to Sri Lanka: Youth held with heroin worth Rs 85m

A Kashmiri youth on his way to the Sri Lankan capital of Colombo with 35 million Indian rupees (LKR 85 million) worth of pure Afghan heroin has been arrested in New Delhi, the Times of India reported today.

Delhi Police has begun digging into the possibility that Delhi has become the new transit point for drug traffickers smuggling in heroin from across the border for distribution in India and the neighbouring countries after the arrest, the report said.

Identified as Arshid Haq, a resident of Baramulla in Kashmir, the youth was carrying the contraband in a cavity at the base of his travel case. Taken on remand, police are questioning him on his network.

He apparently revealed some names, and police have detained one more person based on the disclosures.

The cops are investigating whether Haq is part of the same module as Mohammed Anwer, a Kashmiri soldier who was intercepted in a bus from Srinagar travelling to Delhi some months ago with heroin estimated to be worth 320 million Indian rupees.

According to police sources, intelligence agencies had been keeping tabs on at least five members of a cartel known to be procuring contraband from mules, or carriers, from across the border. The agencies intercepted a call with information that a carrier had come to the capital with a large consignment of drugs.

“We gathered information that the suspect would go to Terminal 3 of IGI Airport and board a Jet Airways flight to Colombo. A team led by inspector Kailash Bisht and sub-inspector Rohit was able to nab Haq before he could board his flight,” said a senior cop.

Haq was not detected carrying anything on his person, but the cops eventually discovered the heroin hidden in his blue coloured bag.

Haq revealed that a large consignment of the white powder had been sent to Delhi from Afghanistan via Pakistan and the cartel had roped in several carriers in Delhi to distribute the drug in the capital, other Indian states and Colombo.

According to investigators, Sri Lanka gets its dope mainly from Pakistan and south India via sea channels. The heroin passes through to south Indian states where it is packaged and taped to the bottom of the boats and taken to the island country.

If the boat is stopped for checks, the smugglers often cut the tape and let the consignment sink and retrieve it later with the help of divers.