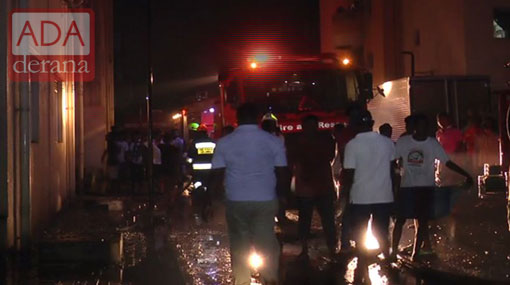 Fire breaks out in Lady Ridgeway Hospital for Children

A fire broke out at milk bar of the Lady Ridgeway Hospital for Children, Borella this morning, (21) the Police said.

The fire has been doused by the Fire Service Department, Colombo preventing further damage.

However, no casualties were reported in the fire and the damage caused to the properties has not yet been evaluated.

The fire had erupted due to an electric short circuit, initial investigations revealed.

Further investigations into the incident are being carried out by Borella Police.