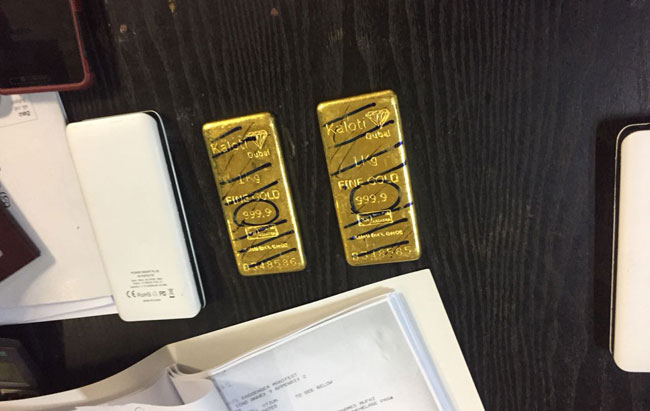 Two Sri Lankan women have been arrested at the Bandaranaike International Airport (BIA) in Katunayake while attempting to smuggle two gold slabs valued at around Rs 13.5 million into the country.

The passengers who had arrived from Dubai by flight EK 650 at 9.00am this morning (7) were apprehended by officials of Sri Lanka Customs at the Green Channel of the Arrival Terminal.

They had attempted to smuggle two gold slabs weighing 2 kilograms, valued at Rs 13.5 million, by concealing them inside mobile power banks.

The arrested suspects aged 32 and 29 are residents of Tangalle and Ragama respectively. One of them is said to be a singer of a popular musical group in the country while the other is a beautician, Sri Lanka Customs said.