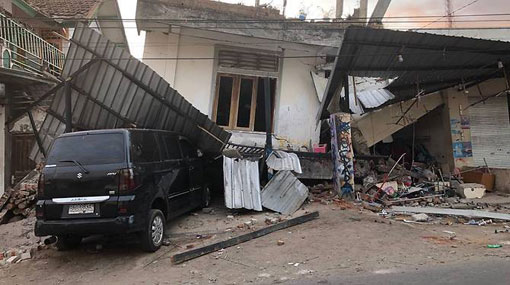 Homes in Pemenang village, North Lombok district were destroyed by the 6.9 magnitude earthquake which hit Lombok on Sunday (Aug 5).

A strong earthquake with a magnitude of 6.2 hit Indonesia’s Lombok island on Thursday, causing some buildings to collapse, according to witnesses and the Southeast Asian nation’s meteorology and geophysics agency.

The latest quake was felt strongly on the island and followed a 6.9 quake on Sunday that killed at least 131 people and damaged thousands of houses.

A Reuters witness said the latest quake sent people into the streets in panic and caused buildings to collapse.