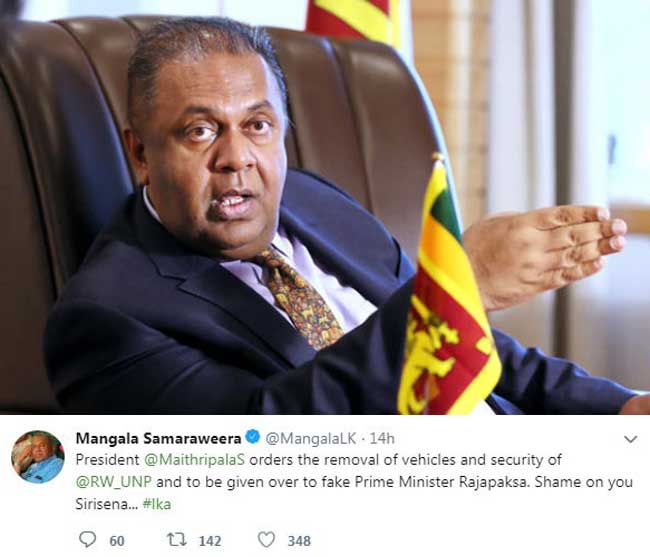 Posting on Twitter MP Mangala Samaraweera has called out on President Maithripala Sirisena stating that the President has ordered the removal of vehicles and security of former Prime Minister Ranil Wickremesinghe.

He says that the relevant vehicles and security has been ordered to be given over to the “fake” Prime Minister Mahinda Rajapaksa.

The relevant Twitter message of MP Samaraweera is as follows:

“President @MaithripalaS orders the removal of vehicles and security of @RW_UNP and to be given over to fake Prime Minister Rajapaksa. Shame on you Sirisena... #lka”

However, MP Wimal Weerawansa stated that if Wickremesinghe doesn’t remove himself from premises within the day (28), legal action will be taken against him.

If Wickremesinghe continues to stay in the official residence of Temple Trees and use its property, he will be charged with misappropriation of stage property, said MP Lakshman Yapa Abeywardena.