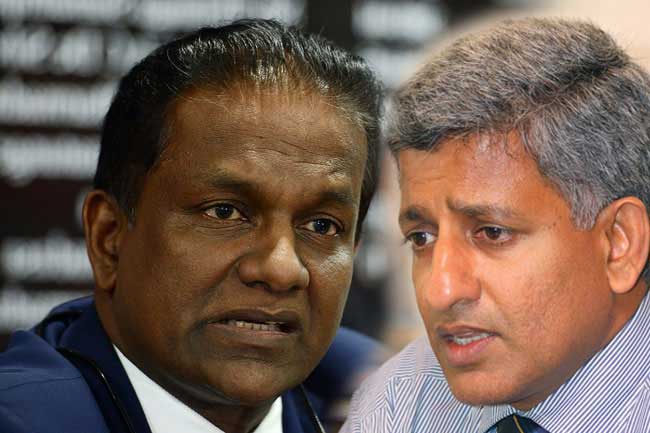 The petition filed with the Court of Appeal seeking an injunction order preventing the incumbent President of Sri Lanka Cricket (SLC) Thilanga Sumathipala from contesting the election for the Presidency of SLC has been postponed until 03rd December.

The petition has been submitted by former SLC Secretary Nishantha Ranatunga, who is also contesting for the Presidency this year.

Although the petition was to be taken up before the two-member judge b  ench consisting Court of Appeal President Justice Preethi Padman Surasena and Justice Arjuna Obeysekara, today (30) it was postponed as there had been many other cases due to be investigated.

Nishantha Ranatunga claims that the incumbent President Thilanga Sumathipala’s nomination for the Presidency of Sri Lanka Cricket (SLC), to be elected on May 31, is contrary to the laws.

He states that if Sumathipala contest for the position based on that nomination, it would violate provision in the Sports Act.

Twenty-seven persons including Sports Minister Faiszer Musthapha, Secretary to the Ministry, members of the SLC elections committee and current SLC President Thilanga Sumathipala have been named as respondents in the petition.