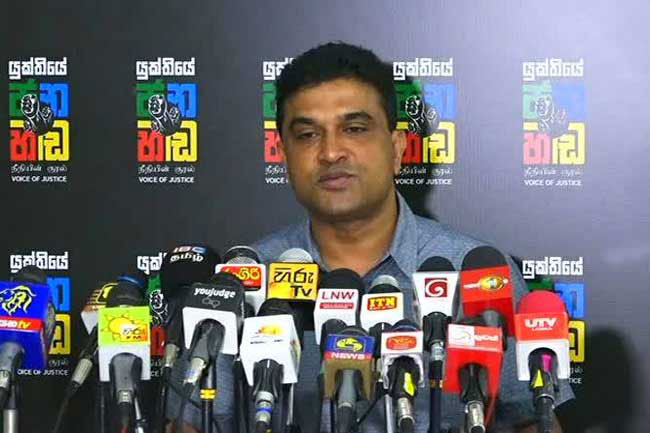 We do not need flies that rest on garbage  Nalin Bandara

The United National Party (UNP) says it expects party leader Ranil Wickremesinghe to be sworn in as the Prime Minister tomorrow (16) and that the President will hereafter only exercise the powers vested in him.

“We believe that the President will accept Ranil Wickremesinghe as the Prime Minister and carryout the swearing in tomorrow,” UNP MP Nalin Bandara told reporters in Colombo.

He said that they also believe that from here onwards the President will only exercise the power vested in him, without violating the constitution, to provide an opportunity for the United National Front (UNF), as the group with a majority in the Parliament, to establish a government and let the country move forward.

The MP said that they have no intention of forming a coalition government with the Sri Lanka Freedom Party (SLFP) again, but mentioned that talks are presently underway with several SLFP parliamentarians.

“We heard that around 20 (UPFA) MPs had talked about crossing over as a group, but we rejected the idea of them coming as a party and have opened the door for each of them to come individually.”

He said those willing to crossover will be checked before deciding their suitability to be allowed to join. “We are not a bankrupt party to accept anyone and everyone willing. We do not need flies that rest on garbage and trash,” Bandara said.

The UNP MP also said that they will be unable to present a full budget proposal right now and therefore will have to make do by presenting and passing a ‘mini-budget’.