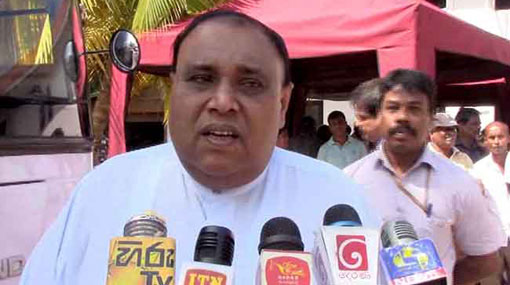 The government has to take the responsibility for delaying the Provincial Council elections, says the Chief Minister of Southern Province Shan Wijayalal.

The Chief Minister stated this speaking to the media following an event held in Galle.

He added that the United National Party has no sincere interest in holding the Provincial Council elections.

However, if a responsible official of the government discloses a definite date for holding PC polls, the provincial councils, of which the official terms have not yet been expired, would agree to hold the elections at any time, the Chief Minister continued.

It is the government that fears the PC elections, Southern Province Chief Minister further commented.