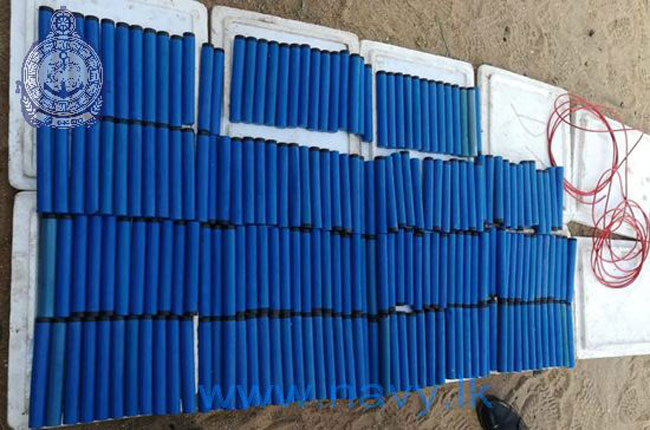 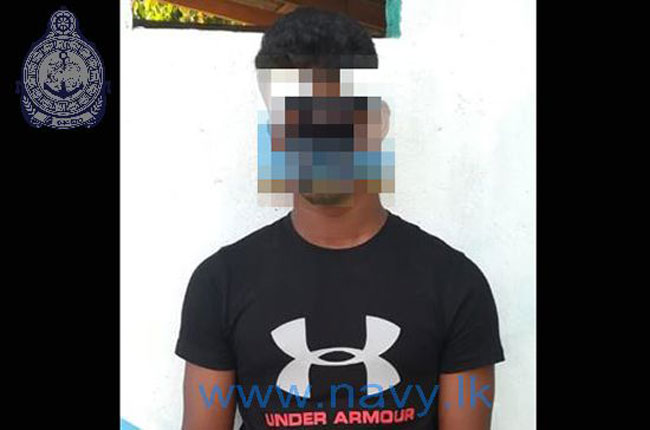 A person has been arrested in Pulmudai along with a cache of explosives used in illegal fishing activities.

Navy personnel attached to the Eastern Naval Command and a group of STF officers had arrested the suspect in a joint raid carried out in Yan Oya, Pulmudai yesterday (17).

Accordingly, 190 sticks of gelignite weighing 27.55 kg and a 35-foot-long safety fuse were seized in the raid.

The suspect was arrested while transporting the explosives from Erakkandi to Pulmudai in a cab.

He was identified as a 23-year-old residing in Erakkandi.

The suspects and the haul have been handed over to the Pulmudai Police for further investigations.