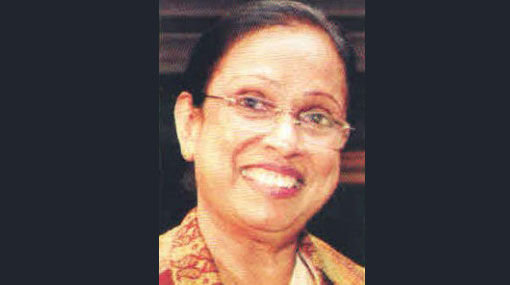 Srima Dissanayake, the wife of former Mahaweli Minister late Gamini Dissanayake, has passed away at the age of 77.

She had reportedly passed away at a private hospital in Colombo today (29).

Gamini Dissanayake was the UNP candidate for the 1994 presidential election, but was then assassinated by the LTTE while addressing an election meeting at Thotalanga on 24 October 1994, sixteen days before the election.

The United National Party (UNP) confirmed that the final rites of the late Srima Dissanayake will take place at the Borella Cemetery on Monday (April 01).