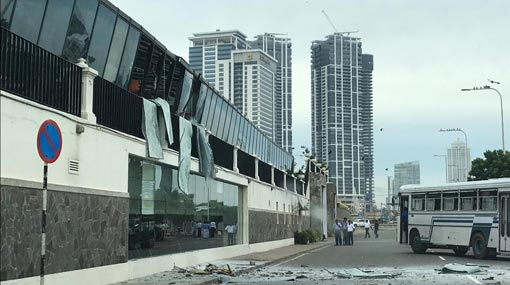 Three other explosions were reported at Kochchikade St. Anthony’s Church in Kotahena, Katuwapitiya Church in Katana and Zion Church in Batticaloa.

The death toll has risen to 138 while 402 have been injured in the six explosions that occurred in several areas across the country.

Nine bodies of foreigners have been found among the dead.

Police had immediately rushed to all affected areas and sealed off the churches and hotels.