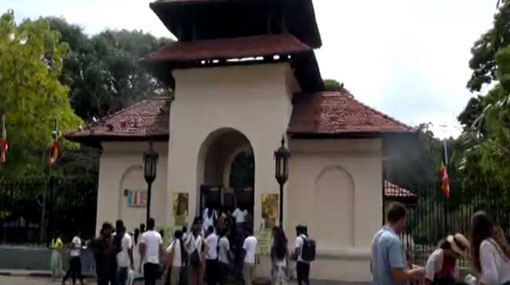 According to the Ada Derana correspondent, security forces have heightened the security in the Kandy Police Division.

This is owing to the six fatal explosions occurred in several parts of the country including Colombo.

The security at the Temple of the Sacred Tooth has also been tightened, stated Ada Derana reporter.