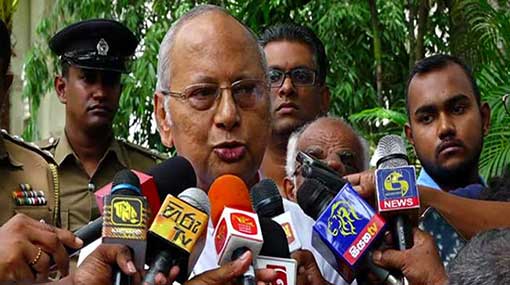 The Archbishop of Colombo, His Eminence Malcolm Cardinal Ranjith has deplored the explosions that occurred at several places across the island this morning (21).

The Cardinal stated this addressing the media.

He has also requested the public not to behave in a provocative manner under any circumstances.

Expressing his condolences for the families of the deceased, the Cardinal stated that these acts are unacceptable.

Meanwhile, all the Easter services that were scheduled for this evening were cancelled due to the existing situation, the Catholic Archbishop’s House stated.