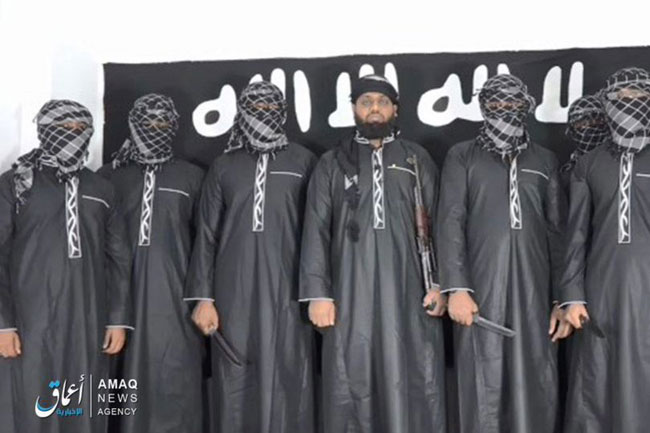 An image released by ISIS’s Amaq news agency shows the alleged mastermind of Sunday’s attacks at churches and hotels across Sri Lanka with seven men claimed to have carried out the bombings.

The image claims to show the perpetrators, with alleged mastermind Zahran Hashim showing his face in the centre.

These are the seven killers responsible for killing more than 320 people in a series of co-ordinated attacks, the terror group claims.

An image released by the Amaq news agency - Daesh’s official mouthpiece, claims to show the men who carried out the attack.

Seven of them have their faces covered, while the man in the centre is identified as Zahran Hashim, who is claimed to have masterminded the atrocity.

In an earlier statement, the extremist organisation said: “The perpetrators of the attack that targeted nationals of the countries of the coalitions and Christians in Sri Lanka before yesterday are fighters from the Islamic State.”

The government has said at least seven suicide bombers were involved.