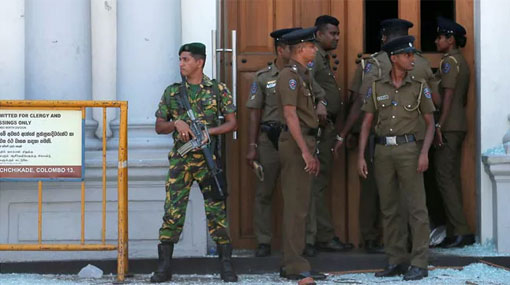 (CNN) Early warnings from India’s intelligence services to Sri Lankan officials ahead of the Easter Sunday bombings were based on information gleaned from an ISIS suspect, CNN has learned.

Delhi passed on unusually specific intelligence in the weeks and days leading up to the attacks, Sri Lankan officials have said, and at least some of it was gleaned from material obtained during interrogations of an ISIS suspect arrested in India, an Indian official told CNN.

The revelation comes as ISIS claimed responsibility for the bombings, which killed 321 people and injured more than 500. In a statement published by the ISIS-affiliated news agency Amaq, the group said the attackers were “fighters of the Islamic State.”

The involvement of a foreign organization would explain how a previously marginal domestic extremist group blamed for the attacks, National Tawheed Jamath (NTJ), could have pulled off one of the worst terrorist atrocities since 9/11.

The number of casualties could have been even higher. Authorities said Tuesday that a fourth hotel was among the original targets, but the attack at that location failed. Officials previously said they found an unexploded pipe bomb near Colombo’s international airport.

As investigators scrambled to track down the bombers’ associates, there was growing anger in Sri Lanka at the failure to heed the warnings of India’s intelligence service.

Dehli’s information came from the interrogation of an ISIS suspect, the Indian source told CNN. After being interrogated, the suspect gave investigators the name of a man he trained in Sri Lanka, who is associated with the local extremist group, the NTJ, the source said.

“While we were investigating ISIS cases, during the interrogation of an accused, he disclosed the name of a man, Zahran Hashim, who is one of the suicide bombers and is associated with NTJ,” said the intelligence source in India. “The suspect said that he played a role in his (Hashim’s) radicalization.”

Hashim’s name appears on a memo dated April 11 and signed by Sri Lanka’s Deputy Inspector General of Police. The memo, a copy of which has been seen by CNN, named Hashim as the leader of the NTJ.

“A certain foreign intelligence service has reported that the leader of the National Tawheed Jamath -- NTJ, Mohamed Cassim Mohamed Zahran, also known as Zahran Hashim and his followers -- have been planning for suicide attacks within Sri Lanka,” the memo reads. It was circulated widely to a range of security services and some government ministries.

On Tuesday, a video released by ISIS showed eight men purported to be the Sri Lankan attackers pledging allegiance to the terror group. All of the men have their hands placed together and are masked, except one. That man, identified as Zahran Hashim, is “leading them,” according to the caption provided by the Amaq news agency.