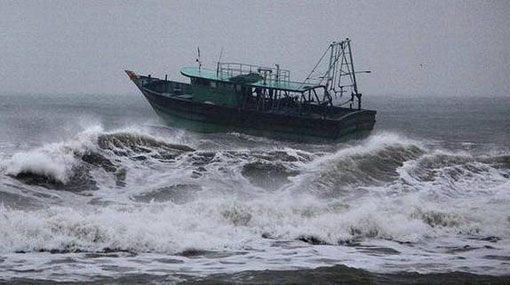 A low-pressure area is likely to develop over Equatorial Indian Ocean and adjoining the southwest Bay of Bengal to the southeast of Sri Lanka around 25th April 2019 and it is likely to intensify into a depression, says the Department of Meteorology.

The Department requests the general public, naval and fishing communities to be attentive about future advisories issued in this regard.

Due to the active cloudiness in the sea area shown below, the possibility for heavy showers or thundershowers and sudden roughness, associated with the sudden increase of wind speed (up to 70-80 kmph) in the above given sea area is high.

Showers or thundershowers will occur over most parts of the island after 2.00 p.m. Heavy falls about 100 mm can be expected at some places in Sabaragamuwa, Central, Southern and Uva provinces and in Ampara district, the Department stated.

Showers or thundershowers will occur at several places in the sea areas off the coast extending from Puttalam to Batticaloa via Galle and Hambantota, particularly in the evening or night.

Winds will be North-easterly in the sea area extending from Kankesanturai to Hambantota via Trincomalee and Batticaloa and winds will be variable in the direction in the other sea areas around the island.

Wind speed will be 15-25 kmph in the sea areas around the island.