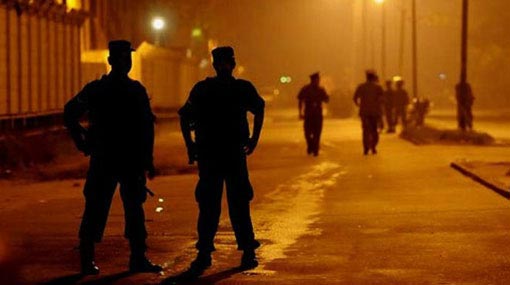 An island-wide police curfew will be in effect from 10 pm tonight (25) until 4 am tomorrow (26), stated Police Media Spokesperson Ruwan Gunasekara.

On 21st of April, the authorities imposed island-wide police curfew with immediate effect due to security concerns that emerged following the terror attacks on three churches, three hotels, and a lodge in Dehiwala as well as a residential area in Dematagoda.