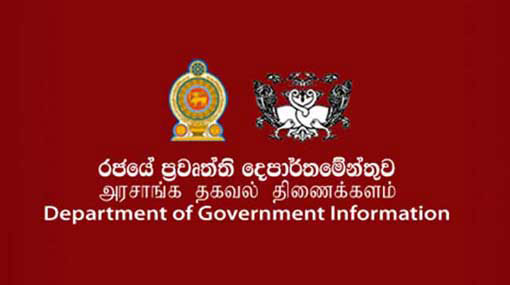 Public urged to accept only official news on security missions

The general public and the media are urged to accept and report only the official news confirmed by the Department of Government Information, Media Spokespersons of Sri Lanka Police and the tri-forces regarding the ongoing security operations against terrorism.

The Department of Government Information stated this issuing a press release today (25).

The Government has vested power in tri-forces including the police to eradicate terrorism in connection with the savage terrorist attack that took place on the 21st of April, the Department stated.

The security forces are continuously carrying out inspections and search operations as well as arresting suspects and responsible persons for these terrorist attacks, the release said.

Informal communication with regard to the investigations carried out by the security forces is a hindrance to investigations, according to the Department.

This is to avoid unnecessary public disturbance caused by informal information received via SMS, rumours or other informal communications systems, the Department added.