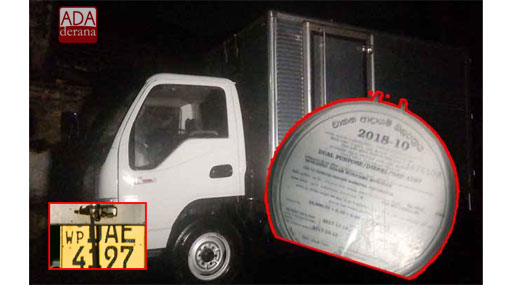 A suspicious lorry, which bears the number WP DAE 4197 and purportedly used to transfer bombs for the suicide attacks on Easter Sunday, has been apprehended at Nayakkanda in Wattala.

It is reported that the lorry is registered under one of the suicide bombers at the Shangri-La hotel in Colombo.

The interrogations into one of the suspects arrested in Nawagampura area has led to the seizure of this suspicious lorry, the police said.

Investigations are being carried out to confirm if the lorry was used to transport explosive devices.