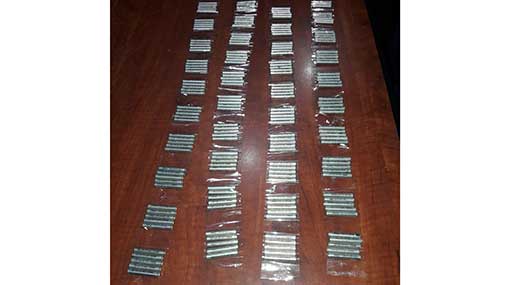 198 detonators have been recovered from Hawa Eliya area in Nuwara Eliya this morning (25).

Nuwara Eliya Police had received a tip-off on a suspicious parcel abandoned near a culvert in Hawa Eliya area.

In a joint search operation carried out by the Army and the Police, 198 detonators were found inside the parcel.

The police suspect that the detonators were abandoned at the culvert as its owner was concerned about the ongoing extensive search operations in the area.

Further investigations are being carried out in this regard.