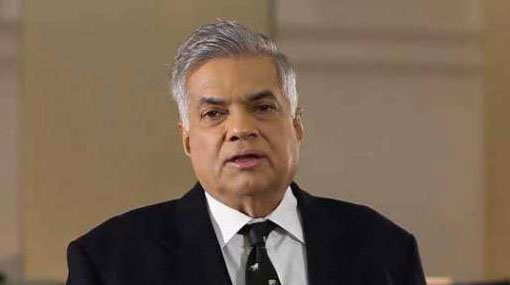 Prime Minister Ranil Wickremesinghe says that the Sri Lankan government was aware of the fact that the locals who joined the Islamic State had returned to the country, however, they could not be arrested since joining a foreign terrorist group is not against the law.

PM Wickremesinghe stated this speaking to Sky News in an exclusive interview.

He said, “We knew they went to Syria and they joined a foreign terrorist organization, but in our country to go abroad and take part in a foreign armed uprising is not an offence here.”