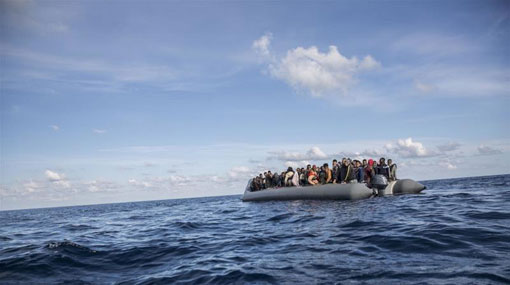 At least 70 migrants drowned and 16 were rescued after their boat capsized near the Kerkennah Islands off Tunisia’s eastern coast on Friday, according to the country’s state-run Tunis Afrique Presse agency (TAP).

The number of victims could rise as Tunisia’s Navy continues its recovery efforts, TAP reported. Navy units have recovered only three bodies so far, said Tunisia’s Ministry of Defense, according to Reuters.

TAP said that the bodies of victims will be transferred to the Sfax Habib Bourguiba University Hospital.

Tunisia’s defense ministry said that the boat had left the western Libyan port of Zouara on Thursday, intending to reach Italy, Reuters reported.

The UK branch of the UN migration agency International Organization for Migration (IOM) tweeted that at least 50 people had died and that there were only 16 survivors.

According to IOM figures, 443 migrants have died in the Mediterranean this year. In total there have been 25,451 attempted crossings, it says.

On Friday, UN refugee agency spokesman Babar Baloch called on governments around the world to help, voicing concerns over the lack of boats available to help pick up migrants and refugees, Reuters reported.